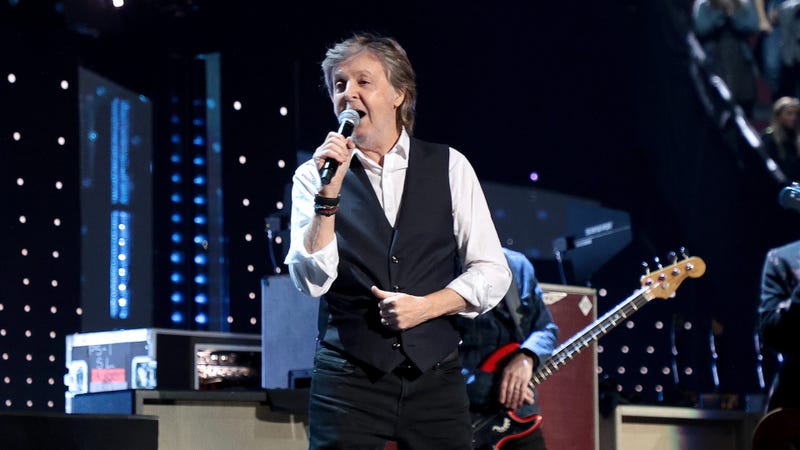 Paul McCartney threw one big party on stage in New Jersey this week with some help from Bruce Springsteen and Jon Bon Jovi.

Listen to The Beatles Radio, now on Audacy

McCartney dropped jaws at MetLife Stadium in East Rutherford, NJ when he welcomed locals, and big time rockers, Springsteen and Bon Jovi to the stage as surprise guests for a night of his Got Back Tour.

According to Page Six, The former Beatles member welcomed Springsteen to the stage first telling the crowd, “A local boy is going to join us.” The pair proceeded to sing “Glory Days” and “I Wanna Be Your Man” together.

The surprises kept coming as Bon Jovi appeared with a handful of balloons towards the closing of the show to sing “Happy Birthday,” to McCartney who is turning 80 on June 18.

Bon Jovi’s appearance was not only a surprise to the crowd, but McCartney himself. The 79-year-old later took to social media to share his shock surrounding the big surprise with a photo that clearly shows his genuine reaction.

McCartney’s next show is scheduled for June 24 as a headliner at Glastonbury Festival in England.