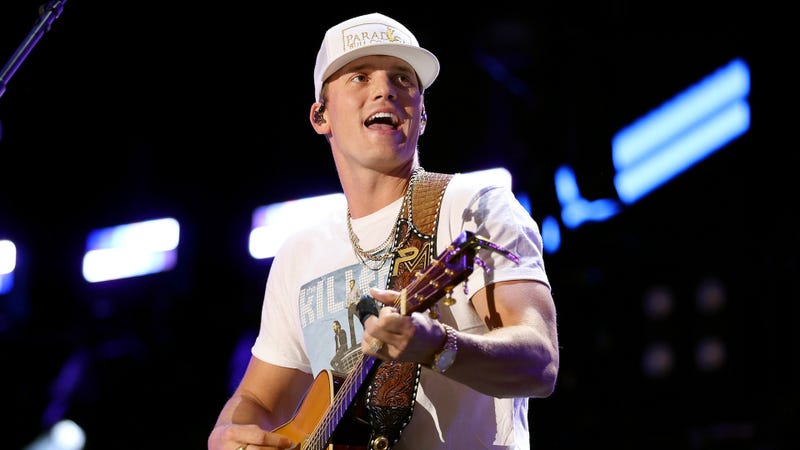 It’s pretty good to be Country newcomer, Parker McCollum right about now. Currently promoting a new single, “Handle On You,” celebrating a recent CMA nomination in the New Artist of the Year category, and partying on the road with an opening slot on Thomas Rhett’s Bring the Bar to You tour, things are looking pretty good for 30 year old.

“It’s just been really nice,” McCollum said of being in the road with Rhett. “TR is just a phenomenal person to have to be around all the time and really makes it easy on us as openers…. I’m really not ready for it to be over.”

McCollum shared while he and TR became new, fast friends thanks to the tour, he actually goes way back with Thomas’ dad, Rhett Akins.

“I had met his Dad first,” Parker said. “I’ve been writing with his dad for a couple years now and I think it was sometime last year Thomas texted me one night and asked me if I wanted to go on tour this year and I was like, ‘I’d love to, I’ll put it on my calendar.’”

An opening spot on one of the biggest tours of the years is no small feat and has allowed Parker to get his music in front of even more fans after already celebrating two #1 hits early in his career with “Pretty Heart,” and “To Be Loved By You.”

Parker’s immense success led him to be recognized by the Academy of Country Music as the 2021 New Male Vocalist and he also received a recent nomination in the New Artist of the Year award at the upcoming CMA Awards.

“I don’t know how the CMAs go I got the ACM one and maybe we’ll get that one, maybe not,” he said. “But either way we’ll go and have a good time and enjoy it.”

As Parker’s Country music dreams continue to come true, there’s one he says is “not possible,” and that’s a duet with his hero, George Strait on the CMA stage. While his chances of performing during the live broadcast are upped by being a nominee, he says a duet between him and the King “can’t happen” on that stage — despite them playing together on other stages in the past.

“Man, that would be too damn cool,” he said of the idea. “I don’t see that happening, I don’t think there’s a chance that ever happens, but it would be cool!”

Allowing himself to dream a little, Parker said he’s probably want to play “True,” if he had to pick, but after answering, he quickly humbled himself by saying it “can’t happen.”

“I would probably want to sing ‘True,’” he stated. “Some things can’t happen, that’s one of those things!’”