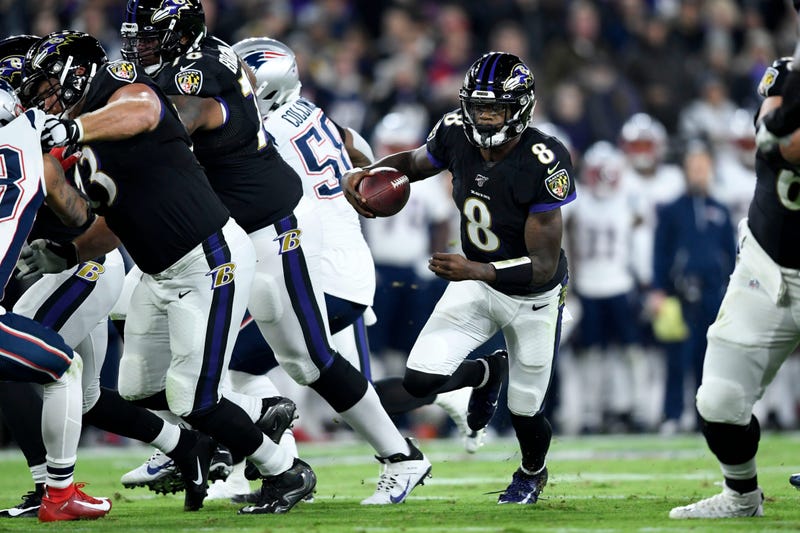 I can't root for him.

I can't bring myself to do it.

I’m from Pittsburgh and lifelong resident. So it’s a rule that I can’t have too much affinity for Baltimore Ravens quarterback Lamar Jackson --- I mean, there is the part about him playing for the Baltimore Ravens that doesn't allow that.

If it's purple, it's bad. Down with the Birdies and all that.

But I’ll tell you, if it wasn’t for that, this young man would be so easy to root for.

Jackson is so darn likable.

He's the young man who runs over photographers positioned on the sideline and doesn't just help them up, but makes a call later in the week to check on them and be sure they are doing OK after being steamrolled.

He's the young man who talked about --- before his first start at Heinz Field that ended up in an overtime win --- just how much fun it was going to be to play in a venue with swirling Terrible Towels and 'Renegade' pumping through that North Shore air.

And he wasn't being flip, either. Jackson was 100 percent serious about soaking in the rivalry.

Jackson was genuinely excited about the atmosphere and brimming ear to ear about the opportunity to play in one of football's Meccas.

Jackson is also the young man who seemed wide-eyed and just a kid the other night after the Patriots game. Maybe he seemed like just a kid because, well, he kind of still is at 22 years old.

Anyhow, after the game he met Tom Brady at midfield in that ceremonial "the starting quarterbacks of the two teams shake hands" postgame moment and Jackson couldn't have been more genuine --- or come across more as a fan. It was as wonderful of a moment as you will see in the NFL all season.

He called Brady "The GOAT." He flashed that gazillion dollar smile at Touchdown Tom. He appeared to truly be in awe that he was now a peer with someone he looked up to so darn much.

Earlier in the preseason he had done the same with Aaron Rodgers, almost taken aback that he was in the presence of such a man but at the same time as he was in an innocent childlike bewilderment understanding that he belonged on the same field. It was an incredible dynamic.

He's something to see.

Jackson is making a case, at the halfway point, that he could be the MVP of the league. And he's making a legitimate one. He can crush you with his arm and annhiliate you with his legs. Jackson, plainly, has it all.

Such an MVP award might be a stretch this season but I can guarantee one thing: He is well on his way to being beamed into our living rooms and thrust into our eyes a whole lot in the coming years. You see, this guy is a media darling. He already has that charisma. He naturally possesses that charm.

As we push forward in the coming seasons, look for Jackson to be the poster person for the National Football League. He will be the man on many of the commercials, the flashy guy in the print ads and his smile (and multi-faceted skill) will become emblematic of this new wave of football stars.

I love it. To this point I like every single thing about Lamar Jackson.

His charm and arm.

His legs on the field and his personality off of it.

The young man seems to be the total package and the exact kind of person you want youngsters to follow.

I'm a Pittsburgher so I can't root for him. But, man, will it be fun to watch his career take shape.