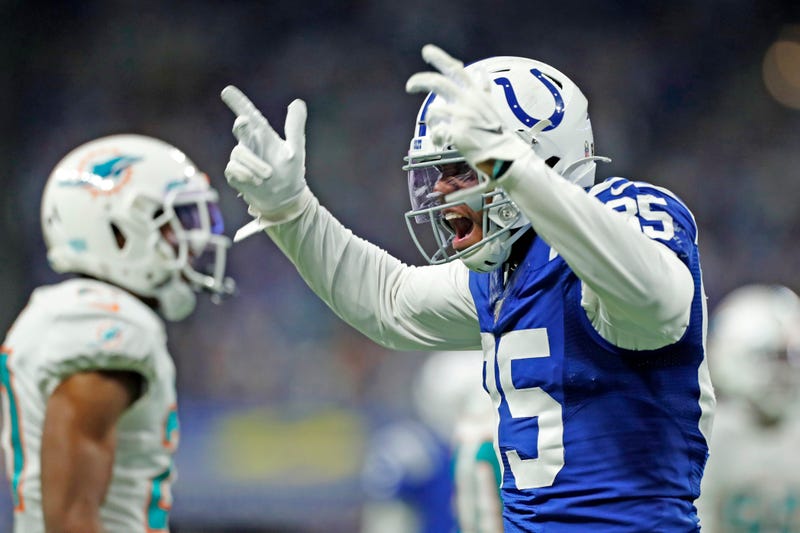 He joined The Fan Morning Show on Tuesday to talk about new Steelers tight end Eric Ebron, formerly a member of course, of the Indianapolis Colts.

Kravitz laid out some very interesting things about Ebron's career and his personality.

"The good thing is that he is a redzone threat, without any question. The bad thing is he drops a lot of balls. He's got among the lowest catch rates in the league and has since he was been back in Detroit."

"The other downside is, and I'm sure the Steelers did their due diligence, but the reason the Colts let him go is because they felt he quit on them this season. He had, I think it was an ankle, that the team wasn't even aware was an issue and then all of the sudden he said, 'That's it, I'm shutting it down.' I remember asking Chris Ballard the GM, 'What are you going to do with Eric Ebron?' and he looked me straight in the eye and said, 'Yeah, we're done with him. We're moving on.' So, if you get him in the right frame of mind, he's a very productive guy. But he's a little bit mercurial I guess is the word I would use."

"Honestly, for the better part of the year and a half, he was great. He was great with the media. He was very, very, very talkative. Says things out of school at times but you take the good with the bad. Eric is Eric. He's going to talk, he's going to say things he shouldn't say. He's going to do things he probably shouldn't do on the football field. He makes amazing catches and then he drops easy ones.

So, I don't know. As far as the type of locker room that he's in, I don't know that it makes much difference. I don't know that he's one of those guys that when surrounded by a bunch of great leaders he's suddenly going to fall in line. It's just a matter of whether Eric is ready to grow up and take advantage of his third opportunity in the league."

You can hear the entire interview with Bob Kravitz of The Athletic, including the Colts thoughts on Philip Rivers and more on Eric Ebron from The Fan Morning Show below.
___Follow 93.7 The Fan: Facebook | Twitter | InstagramListen to 93.7 The Fan on the Radio.com App - Download Now