(KMOX) - The last time Albert Pujols was a free agent he ended up signing one of the largest deals in baseball history. He's officially on the open market again and although he won't be cashing in big time, there will be a lot of interest to see where he may go.

The former LA Angel and St. Louis Cardinal cleared waivers and is now free to sign with any club, per The Athletic's Ken Rosenthal. It's not a surprise that no other MLB team wanted to pick him up in the final year of his contract. Any team could now sign him for as low as league minimum – $570,500.

Albert Pujols has cleared waivers, a source tells @TheAthletic. Free to sign with any club, with the Angels obligated to pay the rest of his $30M salary, minus the pro-rated portion of the league minimum.

Pujols, 41, was the oldest player in baseball this season. He slashed just .198/.250/.372 in 24 games with the Angels this year before being released last week. 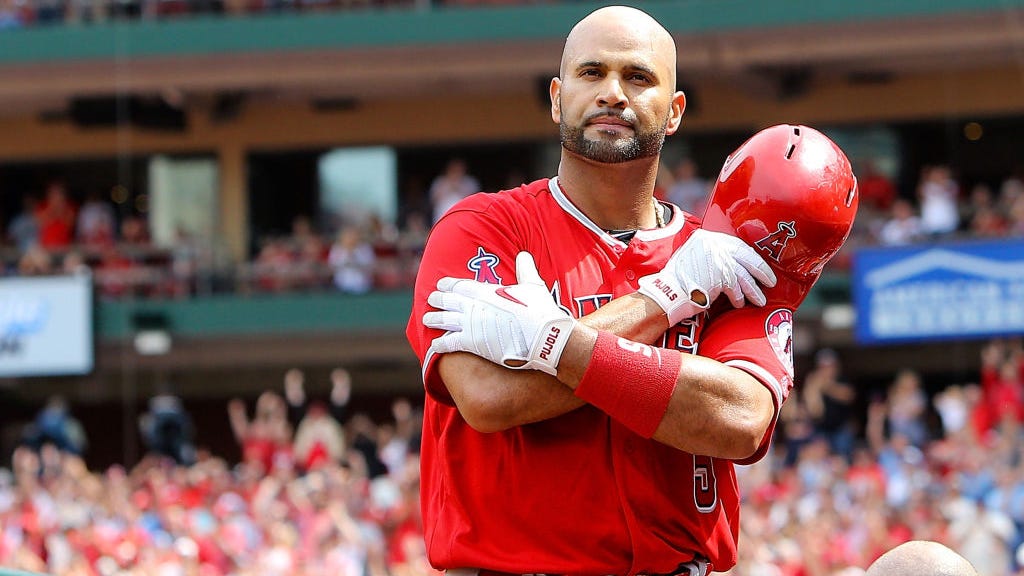 Pujols to the Cards? Not so fast

The sure first-ballot Hall of Famer has been a free agent only one other time in his 21-year MLB career. That was after winning the 2011 World Series with St. Louis. He signed a 10-year/$254 million contract with LA.

There's a chance that Pujols has already played the final game of his MLB career. Although there are some possible options, if a team becomes in desperate need of a proven bat to DH, he could drive tickets sales as he pushes for his 700th dinger or he could reunite with a city that's been pouring its love out for him since the news of his release broke. 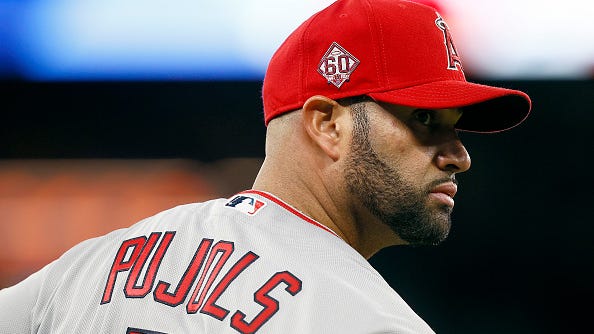