Tom Brady wasn't interested in discussing his suddenly-uncertain future in the NFL after the Tampa Bay Buccaneers suffered a season-ending loss to the Los Angeles Rams Sunday.

While Brady reiterated Monday that he hasn't made a decision about his playing future, the three-time NFL MVP was willing to offer a glimpse into his decision making process on his podcast "Let's Go!" with Jim Gray.

Brady: “Well, I think the point is there's no really rush for me to figure out what's next. You know, I'll know when I know. It's a day after the season. So I think for all of us, you know, we can all decompress a bit. It's been six straight months of football, every day consumed by day in and day out football. And I think now it's just some time to spend some time with my family and spend some time with my kids and…”

Brady: “That's my little angel. You know, get some time with her. We had waffles together this morning, which was really nice. And, you know what, I think as I've gotten older, I think the best part is, is football is extremely important in my life. And it means a lot to me. And I care a lot about what we're trying to accomplish as a team. And I care a lot about my teammates. And the biggest difference now that I'm older is I have kids now too, you know, and I care about them a lot as well. They've been my biggest supporters. My wife is my biggest supporter. It pains her to see me get hit out there. And she deserves what she needs from me as a husband and my kids deserve what they need from me as a dad. And I'm gonna spend some time with them and give them what they need, ‘cause they've really been giving me what I need the last six months to do what I love to do. I said this a few years ago, it's what relationships are all about. It's not always what I want. It's what we want as a family. And I'm gonna spend a lot of time with them and figure out in the future what's next.”

Brady has talked throughout the past few years about a desire to play through his age-45 season, and perhaps even beyond that. The seven-time Super Bowl Champion will turn 45 in August. He's under contract with the Buccaneers for the 2022 season, scheduled to make $25.4 million in what would be his third year with the team.

It would be one thing if Brady's ability had fallen off a cliff in 2021, as we saw from Peyton Manning and Drew Brees in their final NFL seasons. But Brady led the NFL with 5,316 passing yards and 43 touchdowns, all while grading out as Pro Football Focus' No. 1 overall quarterback during the 2021 regular season.

From an on-field sense, Brady can still clearly play at a very high level. But he admitted there's more that will go into his decision than just whether he's still physically capable of playing in the NFL.

"Every year I just have to make sure that I have the ability to commit to what the team really needs. And that's really important to me. The team doesn’t deserve anything less than my best. And if I feel like I'm not committed to that, or I can't play at a championship level, then you gotta give someone else a chance to play. And, you know, we'll see. You know, again, there's a long time between now and the start of next football season. I've gotta really figure those things out, which is probably natural for anyone.

"And at the same time I would say this, we never know what's gonna happen in the future. We really don't. I mean, Kobe Bryant, a friend of ours, God rest his soul. You think you're gonna live forever. We're not. We think we're gonna play forever. We're not. What can we do? We can enjoy the moments that we have. And as difficult as it was to lose the game yesterday, I was glad I played in it. And I was glad I was a part of it. And as challenging as the season was, I was glad I played and glad I participated. ‘Cause I'm living my life and I'm not just counting the days.

"So my days are meaningful to me. I'm gonna try to keep 'em meaningful to me. And, you know, in the meantime I'm gonna do as best I can to enjoy, you know, the time that I have not playing football. ‘Cause that's equally important. Playing football I get so much joy from. I love it. But not playing football, there's a lot of joy in that for me also now, too, with my kids getting older and seeing them develop and grow. So all these things need to be considered and they will be. And, you know, the funny part is always that most guys retire and then move to Florida. I'm already in Florida! So it's really confusing, even to me.” 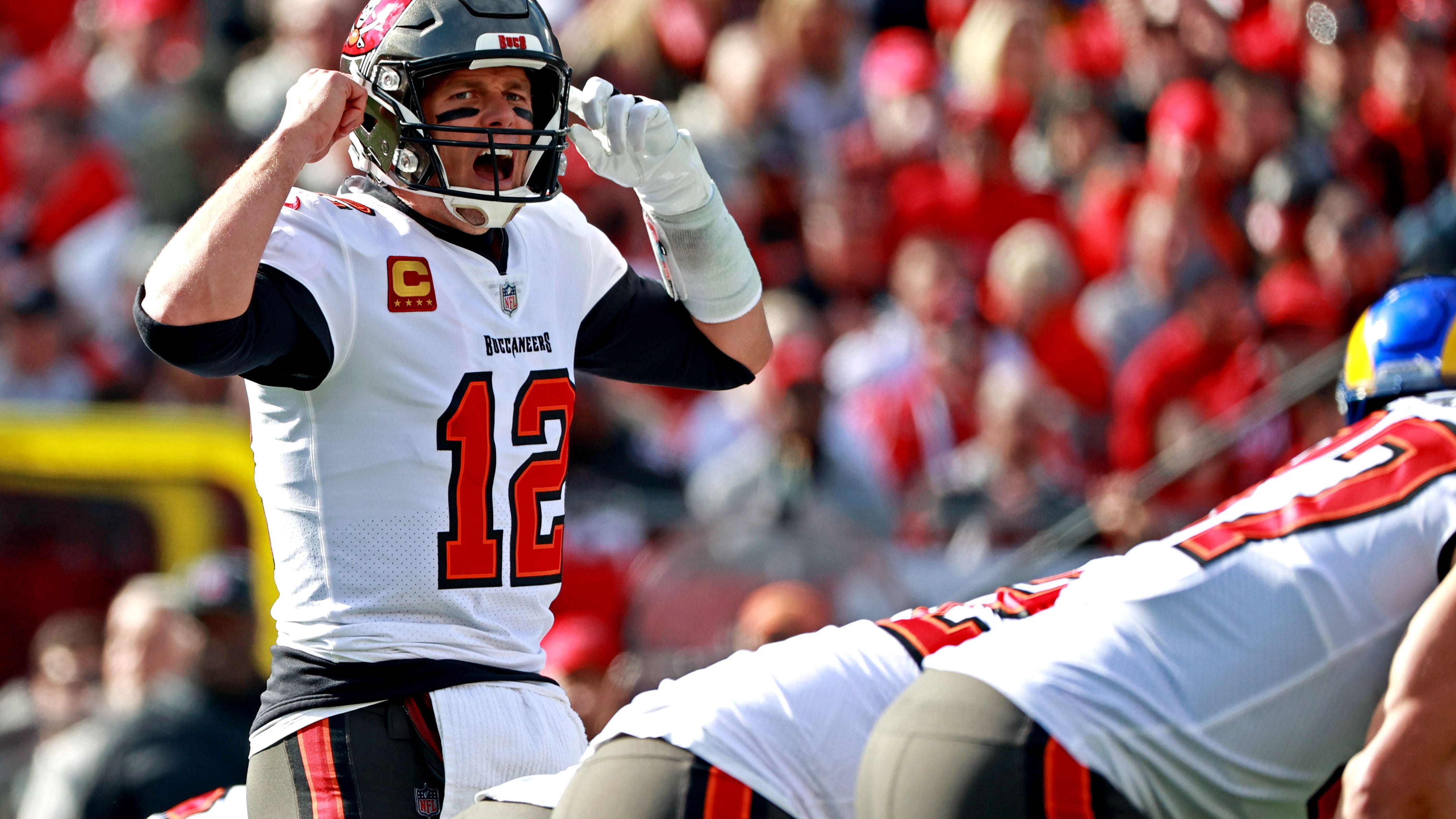 Come on, Tom. Are you really going to retire NOW?

Brady was in college when John Elway retired after winning back-to-back Super Bowl titles with the Denver Broncos in 1997 and 1998. The aforementioned Manning -- his long-time frenemy -- helped the Broncos to defeat Brady and the New England Patriots in the 2016 AFC Championship Game, and then retired after capturing his second Super Bowl title.

For Brady -- who has three more Super Bowl titles than Elway and Manning combined -- it would seem strange to end his career doing anything other than hoisting a Lombardi Trophy.

But Brady continues to say that he doesn't want a retirement tour. And while the public may have a hard time swallowing it, the 15-time Pro Bowler doesn't sound like someone who would feel obligated to come back just because he and the Buccaneers erased a 27-3 deficit Sunday, only to lose on a last-second field goal.

"I think I leave it with everything that I have. My physical being, I work really hard on that. I feel like I give everything I can to my teammates. Although, you know, it is divided attention as you get older, ‘cause there's different priorities and responsibilities in life. And, you know, I have things happening outside of football that require some time and energy. Not a ton but, you know, the kids require time and energy and that's enjoyable for me, too. So again, it's a, you know, I'll know when the time is right and there's no rush to make a decision. So, you know, we'll just see.” 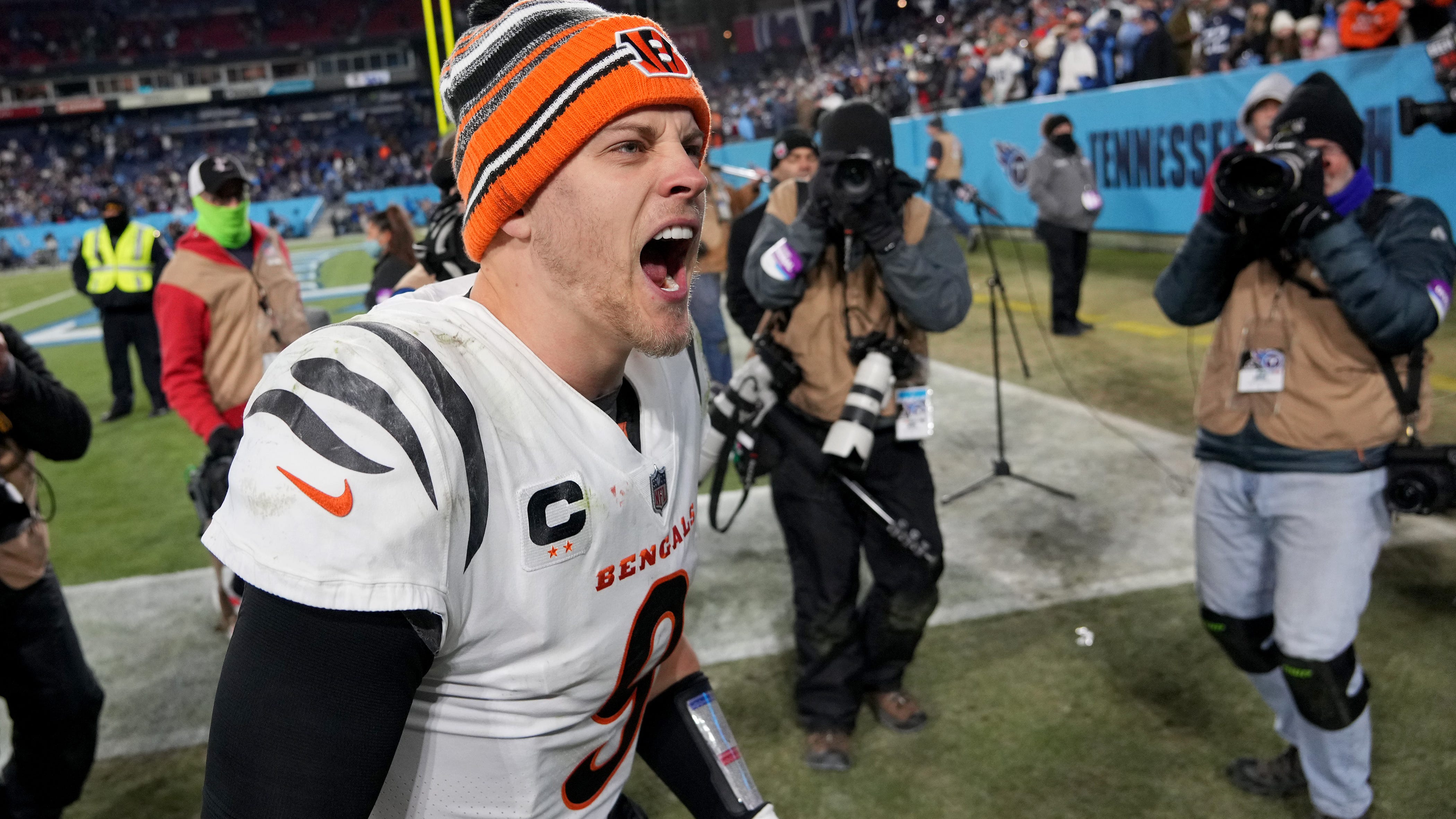