Forget about the leaky penalty kill and the all-too-often impotent power play. Now, the Penguins have to worry about going into their crucial three-game series against the Flyers without their captain and best player.

Mike Sullivan delivered the same jolt in his pregame Zoom that he must have felt hours before when he discovered that Sidney Crosby will miss at least tonight’s game at PPG Paints Arena because he is in the Covid protocol. 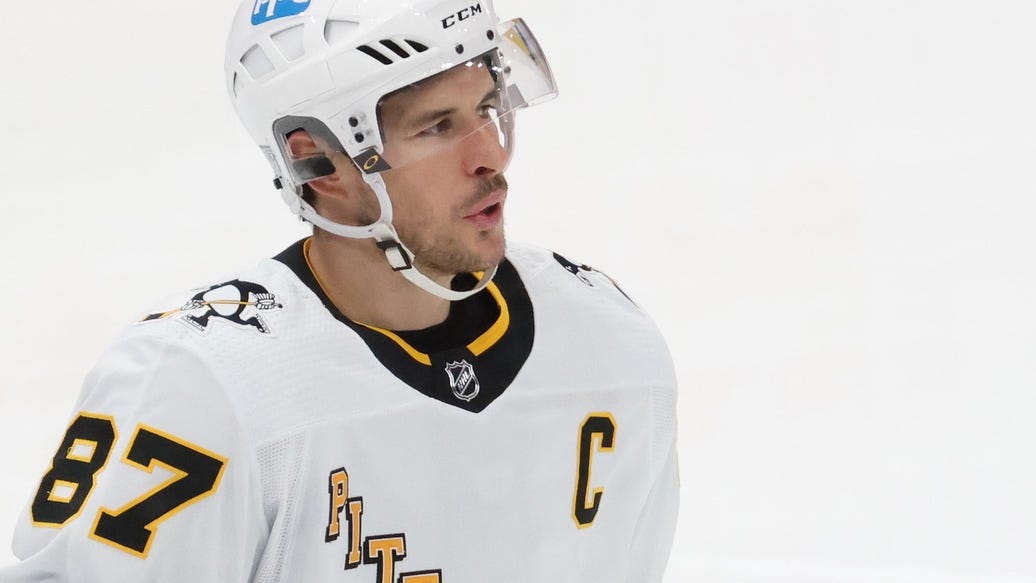 That obviously creates an even bigger challenge for the Pens who are currently the odd team out of what is shaping up as a five team race for the four playoff spots in the Mass Mutual East. They trail the fourth place Flyers by two points plus Philly, which had to withstand some Covid concerns of their own early on this season, has two games in hand.

Philadelphia also handled the Penguins with relative ease in the first two games of the season – 6-3 and 5-2 so that doesn’t bode well.
But no sense wallowing in Pittsburgh pity. Here are some reaches reasons for at least a little optimism.

Malkin has not been at his best so far this season, with just 4 goals and 12 points through 20 games but, historically, he morphs into Super Geno when Crosby is not in the line-up. Last season, in 26 games without Crosby, Malkin scored 11 goals and added 27 assists – 38 points or 1.46 points per game. That’s even better than his career average of 1.36 without Sid.

“In my experience of coaching him when Sid hasn't been in the lineup, is Geno finds another level to his game,” Mike Sullivan says. “That's what we're going to need from him in order to have success. But certainly, he's shown in the past that he's been able to step up and fill that void. We're hopeful that he can continue to do that."

The Penguins are actually 7-1 at PPG Paints Arena which is one of the NHL’s best home ice records despite playing before just a few hundred friends and family scattered about the suite level. Starting tonight, for the first time this season, the Penguins will have a few fans and while 2800 isn’t all that many, it should sound a lot more like a real atmosphere. Malkin, more than any other Penguin, has missed that energy and that should help him, but Mike Sullivan says it will be good for all his players.

“It has not been easy playing in empty buildings here for a while,” Sullivan says. “I think our players are really excited about the opportunity to have fans back in the building. We look forward to that experience.”

Jarry was actually one of the culprits in the two losses at Philadelphia to open the season and it took him quite a while to recover. But now Jarry has won 4 of his last 5 starts, 5 of 7, with a saves percentage of .923. Not quite last season’s all-star level but certainly close enough, especially compared to his dismal start. It always comes down to goalies and Jarry will have to be on top of his game. Now, there is reason to have some confidence he will be.