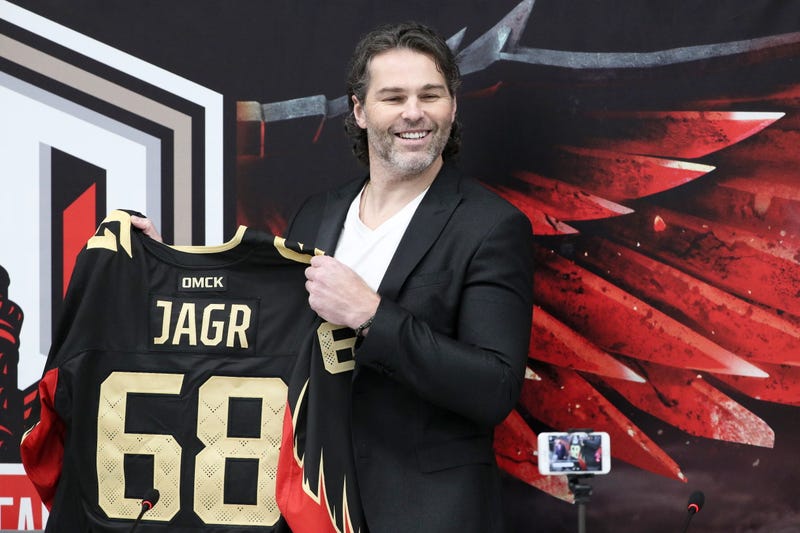 You would think at 49, a professional athlete would be well into retirement, but not Jaromir Jagr.

Turning 49 today, the hockey legend is still playing professionally in his home Czech Republic, for his hometown team in Kladno.

Jagr was drafted by the Pittsburgh Penguins in the 1990 NHL Draft and has been a staple in the hockey world ever since.

During his 24 NHL seasons, Jagr recorded 1,921 points which sits second all-time behind only Wayne Gretzky.

Jaromir Jagr has MANY highlights of this caliber.

A very happy birthday to one of hockey's greatest ever‼️ pic.twitter.com/yQpxE8jBNt

Jagr’s first 11 seasons were played with the Penguins where he put up 1,079 points, good for fourth in team history, recently passed by Evgeni Malkin.

After leaving the NHL in 2018, Jagr joined his home team Rytiri Kladno, where he still plays.

His speed on the ice and statistics may not be what they used to in his prime, but what do you expect from a 49-year-old?

So far this season, Jagr has played in 13 games and put up three points.

Eventually, Jagr will officially call it quits and retire from hockey, and when that happens there is sure to be a Hall of Fame invitation and a possible jersey retirement in Pittsburgh to recognize his legend.