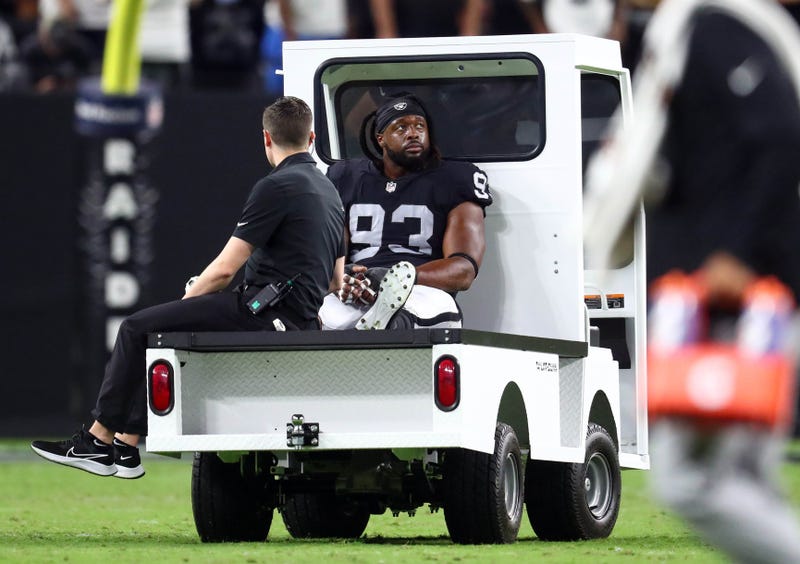 PITTSBURGH (93.7 the Fan) The team in black and silver are heading to Pittsburgh to take on the black and gold.

The Las Vegas Raiders and Pittsburgh Steelers are slated to face off for Week 2 and both teams are coming off of impressive wins to open the season.

The Raiders went into their week of practice with a long list of injuries, and there hasn’t been much positive news on their injury front.

Many of the names that did not practice Wednesday remained out on Thursday, but one player did reach limited practice.

Carl Nassib who was nursing a toe injury jumped from not practicing to a partial participant.

Two others, however, did drop out and reached the Raiders injured list.

Guard Denzel Good and defensive tackle Gerald McCoy have been moved to the injured list.