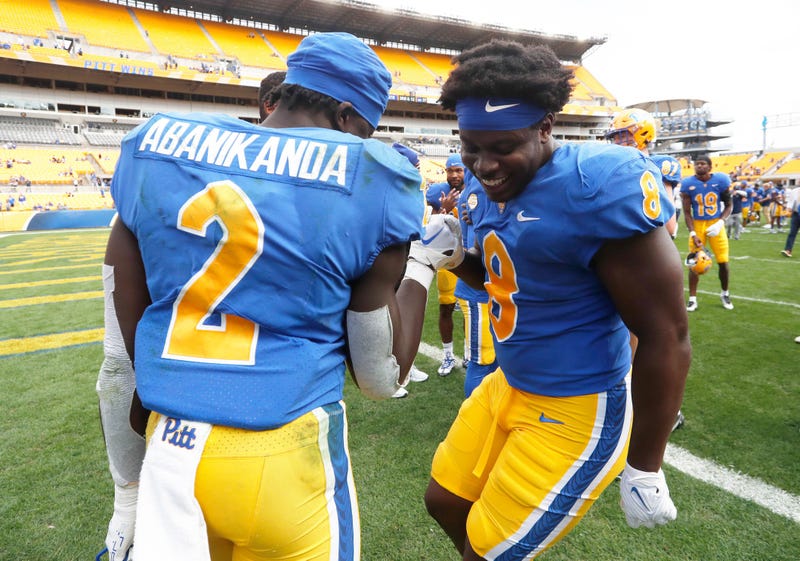 PITTSBURGH (93.7 The Fan) – Calijah Kancey came into the season with a lot of expectations and attention from opposing coaches. It exceeded those predictions in 2022 and did something only Aaron Donald has done before him.

Kancey named the ACC Defensive Player of the Year with only Donald named that previously. He joins some elite company of previous winners including Bradley Chubb, Vic Beasley, Luke Kuechly, Derrick Brooks and more. Like Donald, he’s one of only three to win the award as a tackle.

The 6’ senior finished with a near ACC high 14.5 tackles for loss and 7.5 sacks in 11 games. He is a finalist for the Outland Trophy and Bronko Nagurski Award.

"I am extremely thankful and humbled to receive this incredible honor from the ACC," Kancey said in a statement released by the university. "I share this award with all of my teammates and coaches. They make me better every day, on and off the field. I'm so proud to wear the Blue and Gold with them."

"Calijah has been absolutely outstanding all season long and is highly deserving of this honor," Pitt head coach Pat Narduzzi said in a statement released by Pitt. "As both a run stopper and rushing the passer, he has been tremendous. On behalf of our entire program, I want to congratulate Calijah on receiving this award. He has absolutely earned it."