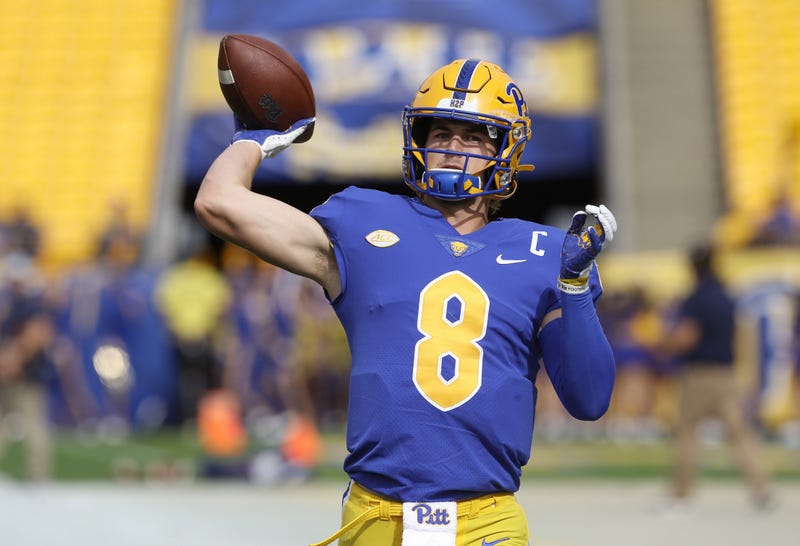 Is the next star Steelers quarterback already playing football at Heinz Field?

PM Team host Andrew Fillipponi suggests that Kenny Pickett could be the next Steelers QB.

It might sound nuts, but as Poni points out it’s fair to argue, Steelers General Manager Kevin Colbert drafted Mason Rudolph after watching his performances against Pitt.

Colbert watches a lot of Pitt games and sees Pickett a lot and will likely be in the box on Saturday when the Panthers take on Clemson.

Kevin Colbert picked Mason Rudolph because he watched him carve up Pitt. Matt Canada is the Steelers OC in part because he worked next door at Pitt. The Steelers loved the James Conner story.

Don't rule it out.

But Dickerson isn’t all on board with the Steelers taking him in the first round, adding that drafting people locally can cause issues.

Dickerson adds that if it came down to offensive coordinator Matt Canada, he would love to have a running and passing quarterback like Pickett.

Dickerson says that if Pickett is picked by the Steelers, the pressure may be too much because fans would expect a Super Bowl from him. If Pickett hypothetically wins the Heisman Trophy, the pressure would be doubled.

But Poni says he would love to see what happens if the Steelers do indeed draft Pickett.

“They need a quarterback, I want it to be Aaron Rodgers, but I feel like the Steelers don’t have the guts to go out make a move like that, so when I’m looking at things that could happen, all I’m asking everybody right now is let me know how it feels when I say Kenny Pickett, Steelers quarterback,” said Poni.