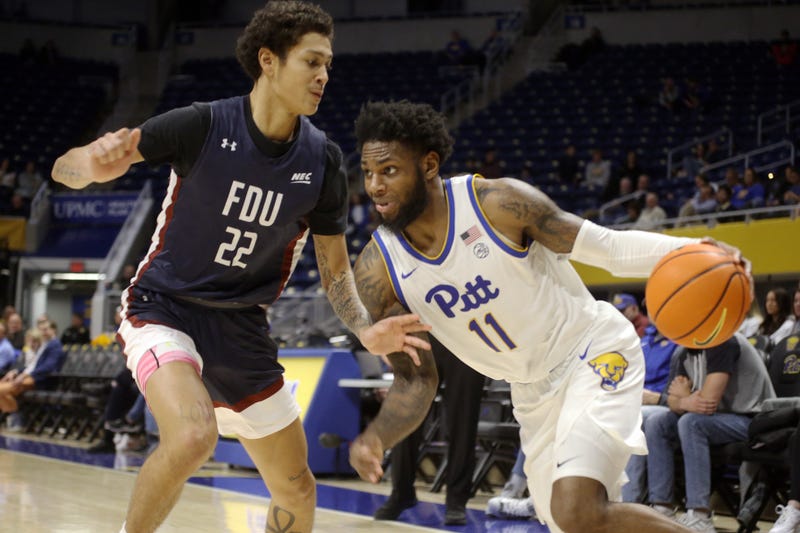 PITTSBURGH (93.7 The Fan) – The Panthers have followed up a three-game losing streak with a pair of home wins including 83-61 Tuesday night against Fairleigh Dickinson.

Panthers needed a second-half comeback to beat Alabama State on Sunday behind 21 points from Blake Hinson and 17 from Nike Sibande. Tuesday Pitt led nearly the entire game, breaking it open in the second half. The Panthers shot 77% in the last 20 minutes and their only misses were from three. A perfect 17 for 17 in two-point field goals.

“We were connected and we took good shots,” said Panthers guard Jamarius Burton. “We didn’t force anything. I remember Coach saying throughout practice and preparation for this game to turn down good for great. I feel like we did that.”

“We didn’t even know until Coach told us,” Panthers forward John Hugley said. “We were locked in on competing hard. I think our togetherness and sticking together. It was on the defensive end and it turned into easy points on offense.”

Returning after a one-game absence due to knee inflammation, Burton led five Panthers in double figures with 18 points (8-13 FG, 2-3 from 3). Hugley shot 70% from the floor to finish with 17 points in just his third game of the season. Jorge Diaz-Graham ended with 11 points in his second start. Nelly Cummings and Panthers season-leading scorer Blake Hinson also had 11.

“This is just the second time all year the team has played together,” Capel said. “I think we’re getting better, it’s just going to take some time to get into the rhythm of everyone. Getting back used to John and John getting used to us.”

“We are still trying to figure out who we are, but we have a long way to go to be the team I think we can be.”

Panthers host William and Mary on Friday night at 7 with Panthers pregame starting at 6:30p on 93.7 The Fan. The next three games are against Power Five teams on the road starting Monday at Northwestern before games at NC State and Vanderbilt.