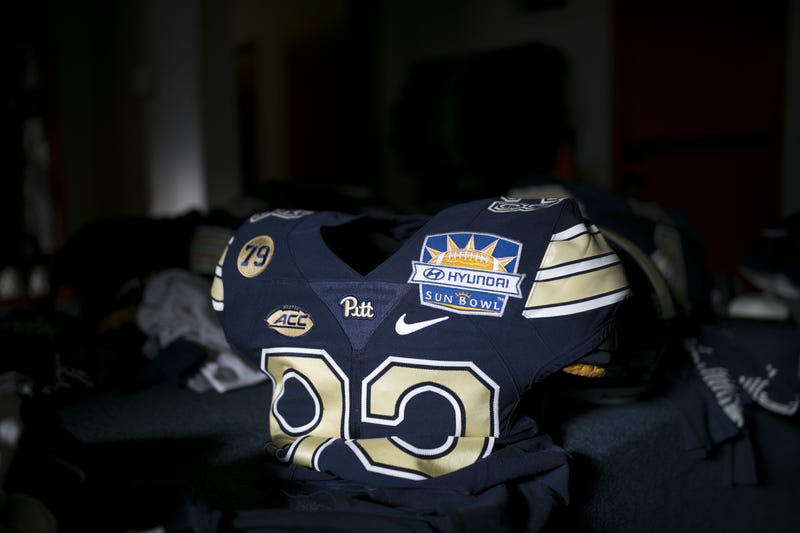 PITTSBURGH (93.7 The Fan) – Back to .500 after a blowout win at Florida State, and a week off due to COVID-19 positive tests, Pitt is being projected into a few familiar bowls.

The Panthers are rumored for the Military Bowl, the Tony The Tiger (Sun) Bowl, the Birmingham Bowl, the Gasparilla Bowl, the Duke’s Mayo Bowl and the First Responder Bowl in Dallas.

Mark Schlabach of ESPN as well as Athlon Sports has the Panthers in the Military Bowl against Navy on December 28.  The game is on Navy’s home field in Annapolis and would be a rematch of the 44-28 win by the 21st ranked Midshipmen in 2015.

The SERVPRO First Responder Bowl is in Gerald J. Ford Stadium in Dallas, happens on December 26 at 3:30 and watchstadium.com projects Pitt facing Tulsa, a pair of programs spurned by Todd Graham.  ESPN analyst Kyle Bonagura has Pitt against SMU in this game.

Back to the Birmingham Bowl on New Years’ Day against Tennessee according to USA Today.

The Athletic has Pitt facing Mississippi State and Mike Leach in the Gasparilla Bowl, December 26.  It would also be a second bowl matchup against former Stanford QB KJ Costello, who grad transferred to MSU.

The Duke’s Mayo Bowl is in Charlotte on December 30 matching Pitt against Maryland and Mike Tomlin’s son and DJ Turner’s old team according to the Sporting News.

West Virginia is projected in the Liberty Bowl by ESPN and Athlon Sports, the Guaranteed Rate Bowl in Phoenix against Nebraska by CBS Sports and watchstadium.com.  USA Today has WVU-LSU in the Texas Bowl and 247 Sports has the Mountaineers in the First Responder Bowl.

A matchup that could get good numbers around here, 247 Sports and the Sporting News predict the Mountaineers would face Penn State in the Guaranteed Rate Bowl.

That is the only bowl rumor around the winless Nittany Lions, but still several weeks to go in the season.

The rules for bowl eligibility are different this year, teams no longer have to be at .500 and no minimal number of games.  So basically, if you are a FBS team and played at least one game, even if it’s a loss, you are in.