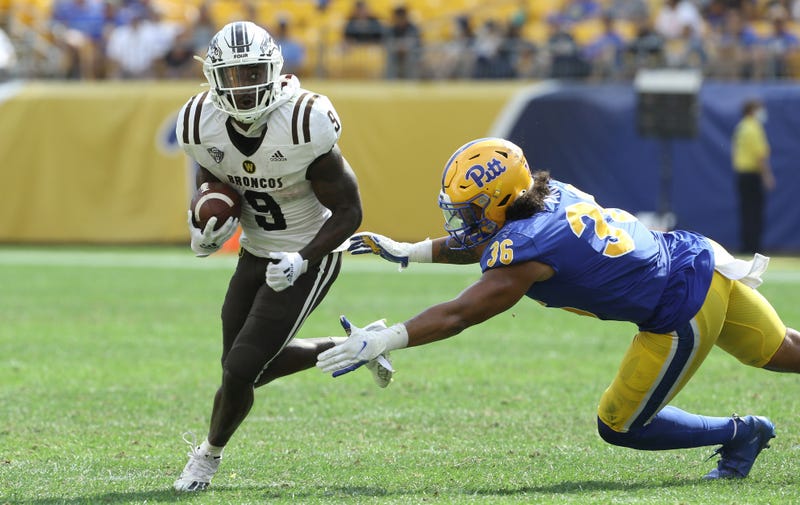 PITTSBURGH (93.7 The Fan) – Tough losses. Pitt fans have seen a few. Obviously, so have the players. They believe they have the right mindset to move on from the loss to Western Michigan.

“I’ve been here before,” said redshirt senior linebacker Phil Campbell.  “I think we are a much better team.  There are a lot of things we could have done better from scheme to details.  A lot of ways we can look at it (as a positive) to learn and bounce back and really become the team we need to be.”

“We are ready to bounce back,” said Panthers defensive end Haba Baldonado.  “Everybody came in with the grit.  The effort.  They wanted to make up for our mistakes.

Campbell added you really get to see who you are when adversity hits. It’s a chance to prove how great we really are.

“We talked all along about adversity,” said Pitt defensive coordinator Randy Bates.  “It’s part of life.  It’s part of the game.  At 18 to 20 years old.  They will have it the rest of their life.  If you don’t respond to it positively, it doesn’t get better.  I believe the kids did.”

“I think very well,” said Pitt tight ends coach Tim Salem when asked how the team responded.  “I think we have a very workmanship-like team.  We have workmanship-like players.  They have been like that starting in March through the summer time.”

“I didn’t have to go out there and yank teeth out of their mouth trying to get them to practice hard.  They show up to work.  That makes coaching fun.”

“It’s always going to be hard,” said senior Maryland transfer Marcus Minor.  “Even for me, it’s going to be hard dealing with adversity.  Being able to put your best foot forward.  That’s all you can do in life.  You have to bounce back when those opportunities come.”

“Obviously, very frustrating,” said senior tight end Lucas Krull.  “We worked so hard this winter, this spring, this fall camp.  To come out and produce, win for each other, fans & Pitt nation.  When you get a loss it hurts.  We have another game this week.”

“I think they were hurt, quite frankly,” Bates said.  “I know on defense they were.  We are doing everything we can to shake them out of it.”

“It’s tough.  They went out and practiced hard.  I believe they will shake it off and move on.”

A 3-0 University of New Hampshire team comes to Heinz Field for a noon kickoff Saturday.