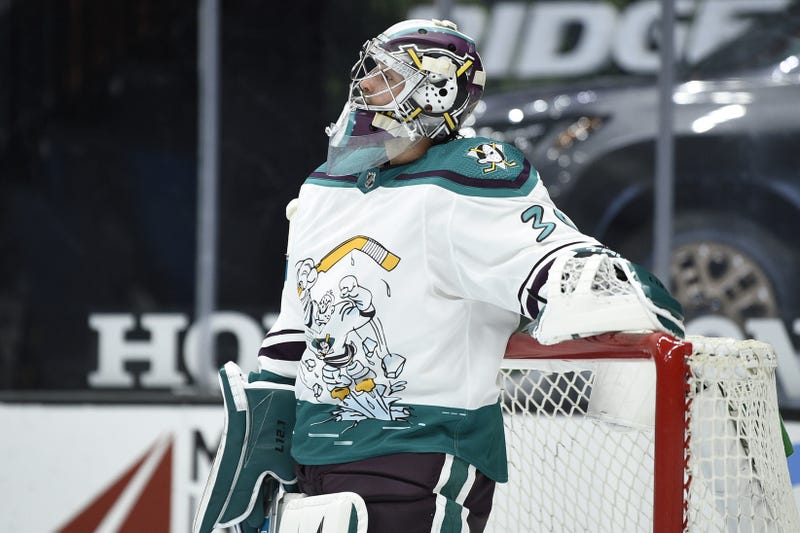 PITTSBURGH (93.7 the Fan) Ahead of the 2021 NHL Entry Draft, teams across the league began dealing some first round picks.

While the Pittsburgh Penguins were not involved in the trades (yet?) reporters that work close with the team have said alluded to a possible connection.

Things may be far from official, but Athletic writer Rob Rossi has said that Penguins general manager Ron Hextall could be talking with the Arizona Coyotes and Anaheim Ducks.

Rossi has noted that Hextall would like to add a goalie to the Penguins roster.

Couple Penguins tidbits I’ve heard after making some calls:
🔸 GMRH has had talks with teams about Pettersson, Zucker
🔸 PIT would like to get some Day 2 picks
🔸 Any cap space gained in potential moves improves options for adding goalie

Between the Coyotes and Ducks, goalies of interest would include Darcy Kuemper from Arizona, and Pittsburgh native John Gibson from Anaheim.

Hearing John Gibson’s name out there a lot today.

That really could mean anything, but it’s an interesting connection.

The Penguins management group are eyeing a possible goalie move, two reporters have mentioned similar names/teams, one is a Pittsburgh native.

Welcome to Draft Day and the lead into more trades and a free agency period.