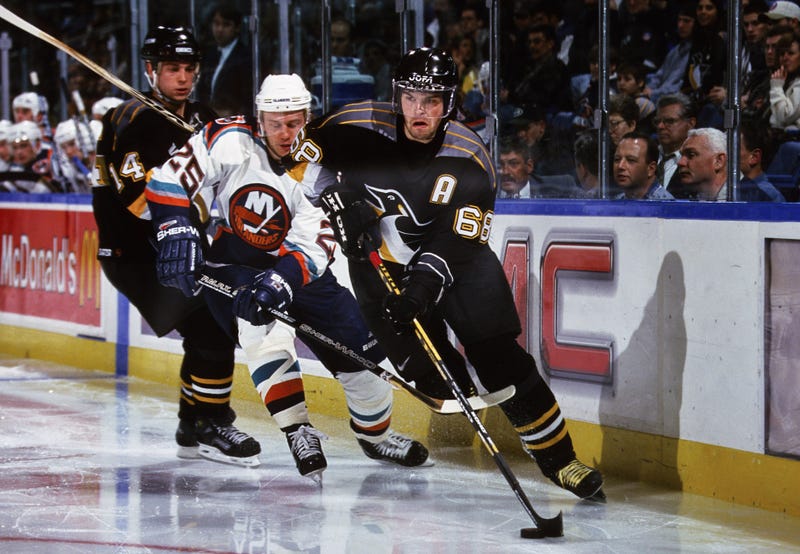 The Penguins may have dropped six games in a row, but former Pens superstar Jaromir Jagr is a fan, especially of Jason Zucker.

Wearing their “Reverse Retro” “Robo Penguin” jerseys for the first time, Zucker gave the Penguins their first goal of the game to take a 1-0 lead over Buffalo.

The Sabres would go on to score five goals in the third period and beat the Pens 6-3.

But let’s get back to Zucker, after scoring the goal, he took off his glove and gave a salute, just like Jagr used to do.

Jagr, in the original “Robo Penguin” jersey, took to twitter to say he “loved” the tribute that Zucker did.

“I feel like they show a lot of respect for our era, for our team because we also had a lot of great players, so thank you Penguins, thank you Jason,” said Jagr.

But that wasn’t all, Jagr also had some advice for Jagr.

“By the way Jason, keep working on your shot, because it wasn’t hard enough,” Jagr said while giving his own salute.