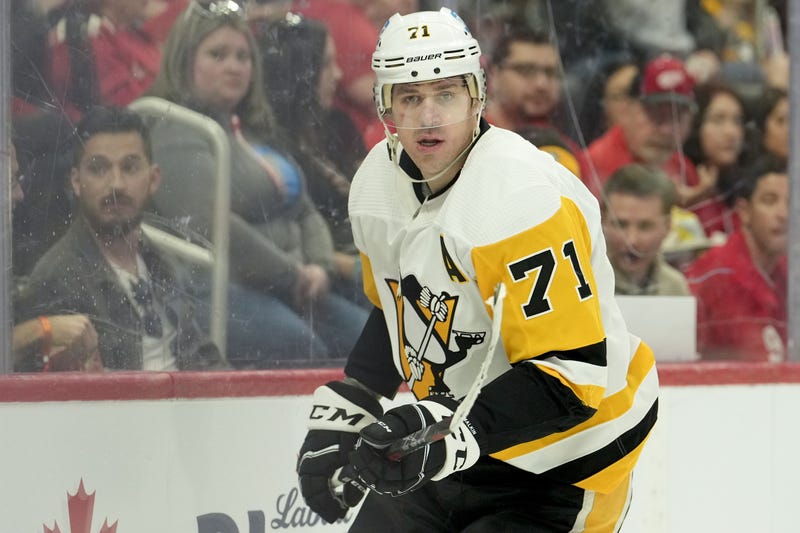 PITTSBURGH (93.7 The Fan) – Cracking jokes before the interview began, it seemed like nothing had really changed with Evgeni Malkin during the opening of Pens Training Camp Thursday.

Yet it was an offseason filled with uncertainty when it came to him remaining with the team that picked him second overall in 2004.  There were times where it really didn’t seem like he would remain with the organization.  Malkin said they talked every day and it came down to just finalizing small details.  He’s glad to stay here with what he called a great organization and a great team.

Malkin said he texted, talked or facetimed with Sidney Crosby and Kris Letang basically every day while they were working on his contract.  Their friendship means a lot to Malkin and the support he got from both during the process.

He wasn’t the only one up for a new deal.  Letang was as well.  He returned, as did Rickard Rakell, Kasperi Kapanen, Danton Heinen and they added Jeff Petry and Ty Smith.

Health an issue for the veteran last year, missing the first half of his 16th NHL season.  He would finish good numbers (20 goals, 22 assists in 41 games), but stats he believes he can improve on this season as he says his formerly injured knee is in good shape.

He is one of four, soon to be five, Pens players who are 35 or older.  He says they play younger, adding ‘age is nothing’.  Malkin says the experience is key along with the leadership in the room.  He believes nothing has really changed, not that it will be easy this season.

“He’s such a presence, especially for a second-line center,” said defenseman Brian Dumoulin.  “He’s such a dynamic player to have in that spot.  The chemistry he has with guys on this team and just his personality off the ice.”

“He’s a guy that always keeps it light.  A guy you want to be around.  He’s a guy that’s very honest, very funny, always likes to have a joke.  You can see it as he gets older, opening up with younger guys too.”

“I love having him and love being his teammate.”