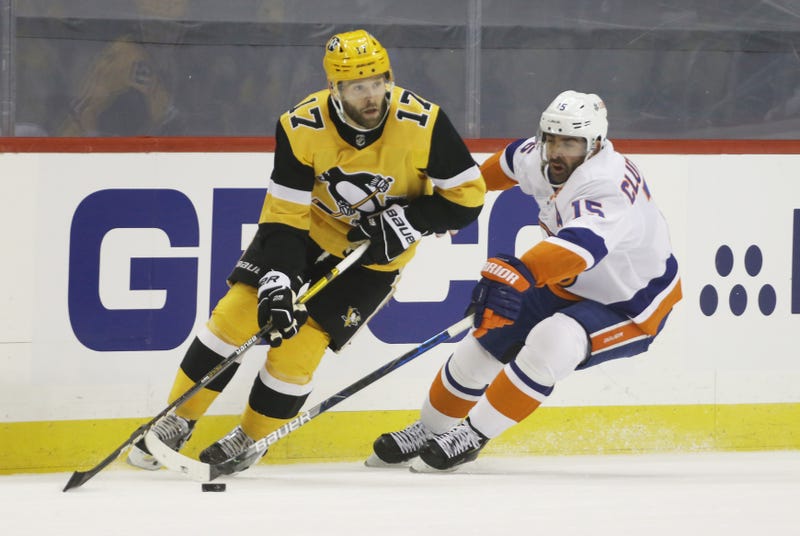 PITTSBURGH (93.7 the Fan) Ahead of the Pittsburgh Penguins home opener, the team could be losing another key piece to the lineup.

Bryan Rust, who left the game early on Thursday in Florida, is not on the ice for the team’s morning skate.

Following the Thursday game, head coach Mike Sullivan said he didn’t have any updates other than Rust was being evaluated.

Rust left the Thursday game against the Florida Panthers early after sustaining a big hit from Panthers’ defenseman MacKenzie Weeger.

It is likely Rust will not play tonight against the Chicago Blackhawks.

Despite one man going down, two Penguins players are joining the team at morning skate.

Aston-Reese practiced on the third line with Teddy Blueger and Brock McGinn and is most likely back in the lineup for his first game of the season tonight.

Matheson, however, may still not return to the lineup tonight as he skated with PO Joseph on the fourth pairing of defenders.

Sidney Crosby did not participate in the main team morning skate.