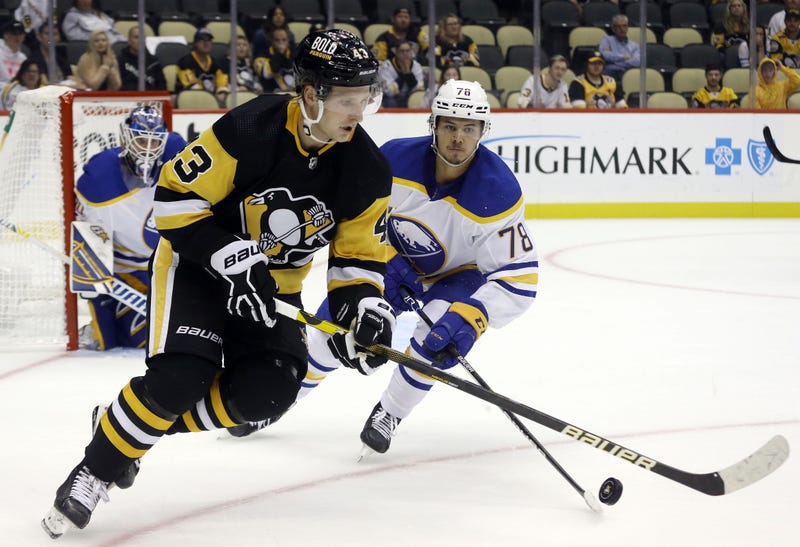 After going 1-0-1 on the road, the Penguins now need to capitalize on 8 straight games at home, hoping to continue their early-season points streak tonight against Dallas.

One reason for their success –despite the absence of their top forwards – is Danton Heinen. The versatile winger has filled in for both Jake Guentzel and Bryan Rust, not only on the top line, but also on the scoresheet. In fact, he has scored a goal in each game.

I don’t imagine anyone – not even Heinen himself - expects him to continue on an 82-goal pace but coach Mike Sullivan will take it while it lasts. He also says it’s not really that much of a fluke.

“I think it’s indicative of his scoring ability, “Sullivan said, “he’s got a real good shot. He’s got a dangerous shot. He can beat goalies with velocity. He’s got an accurate shot; he picks his spots and is able to hit’ em. That’s encouraging from our standpoint.”

“I also think Danton’s a guy that can score different ways,” Sullivan continued. “In this early part of the season he’s certainly showed he can score when he gets time and space. He can beat goalies single-handedly but I think he can score in other ways as well.”

An interesting by-product of Heinen’s hot start with Jeff Carter is that, eventually, when/if Sidney Crosby and Evgeni Malkin are healthy Heinen would be reunited with Carter as part of a productive third line. But Sully wanted no part of my suggestion – at least for today. “You’re way ahead of me, Jim. I’m just trying to win the game tonight,” he chuckled, before allowing that it does bode well.

Speaking of tonight, Sullivan says that defenseman Mike Matheson will make his first appearance of the season. Tristan Jarry will start in goal.

It is also Mike Lange night as the Pens honor their legendary Hall of Fame broadcaster. BYOH – Bring Your Own Hacksaw.