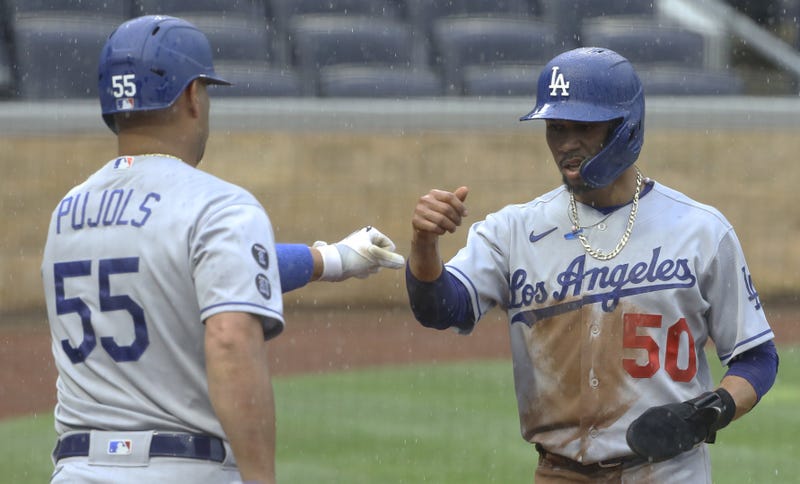 PITTSBURGH (93.7 The Fan) – Dodgers finished off a sweep and won for the 13th consecutive time against the Pirates, 6-3 Thursday afternoon at PNC Park. The game ended in the top of the 8th as the Dodgers had runners on and the pouring rain started.

Pirates starter Mitch Keller struggled again with his fastball command, lasting only two and two-thirds innings while giving up 4 runs on 5 hits, 3 walks, 2 hit batsmen and 3 strikeouts.  Keller is now 3-7 on the season with a 7.04 ERA and 1.80 WHIP.

“You want to talk about taking steps, he’s taking a step,” said Pirates manager Derek Shelton.  “This kid can hit.  He is going to hit for a long time at the Major League level.  He’s in a nice stretch right now.  I think you are seeing a guy who will be a really good hitter for a long time in the big leagues.”

Renegade blaring as he entered in the 7th with the bases loaded and one out, Mars grad David Bednar got Austin Barnes to ground weakly back to him.  The righty was able to get the force at home.  Then Bednar got pinch-hitter Chris Taylor to strike out swinging.

Colin Moran is day-to-day after taking a pitch off his hand.  Manager Derek Shelton said it’s a matter of pain tolerance for the first baseman.  Shelton said ‘everything is fine’ in regards to x-ray results to Moran’s hand.