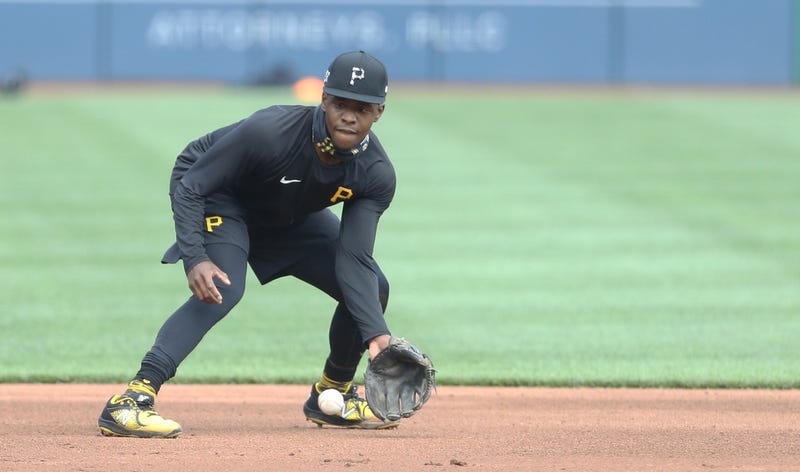 PITTSBURGH (93.7 The Fan) – The Pirates put rookie third baseman Ke’Bryan Hayes on the 60-day injured list Sunday. But it’s not as bad of news as it might initially seem.

Hayes will continue to swing and will be on the same schedule with the rehab of his wrist injury from the second game of the season.

“With the way he was progressing and the way we had the rehab games lined up,” said Pirates manager Derek Shelton.  “He wasn’t going to be back until that time anyway.  Now with making the other moves, we just added him to the 60.  He will stay on his progression and continue to do things.”

So Hayes remains fielding ground balls and taking daily swings as the team announces for the first time that Hayes will have some games in the minors, likely in Triple A, before he is ready to join the team.

The earliest Hayes would be eligible to return is June 3, when the Pirates start a home stand with the Marlins and Dodgers.