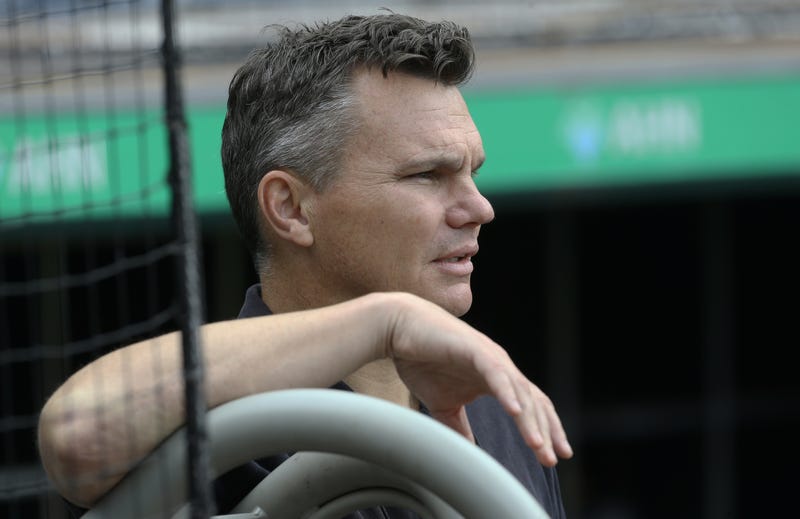 PITTSBURGH (93.7 The Fan) – Pirates General Manager Ben Cherington was ripped on social and regular media on Sunday night, Monday and in some circles all week for saying he sees progress with his team. He made the statements during his radio show before the team would lose 18-4 to the Cardinals.

The following day the team had a closed-door meeting as Manager Derek Shelton expressed his displeasure with their effort.  However, the comments were out there.

He would preface the comments on Sunday saying ‘we still have a lot of work to do to get better’.  Cherington said he was pleased with how the team was making decisions and the strategy within the game.  He would admit the roster isn’t what it needed to be, but what everyone heard was ‘we are making progress’.  And they heard it after the lamest performance ever under Shelton.

Earlier this week, Cherington had a chance to clarify his remarks.

“I think that the results at the Major League level — and good results at the Major League level — are what we’re all in this for, right?” Cherington said. “We’re all working hard every day to try to improve and get better. All we want to do is win baseball games in Pittsburgh. And so, when the outcomes aren’t that way, and in particular when it’s a tough day — obviously, Sunday was a tough day — we’re all frustrated.
Our fans are frustrated and everyone’s frustrated. We share that frustration.”

“I love that there’s enough passion here that people are frustrated by that.”

Where Cherington was not going to clarify or apologize.  He thinks there are areas where they are improving.

“I talked about progress because I really believe we are making progress. I think that we can both be honest and say we’re really frustrated about a bad outcome, particularly a game like Sunday where we didn’t play well. Really frustrated. I think that’s true. I think it’s also true, and I believe it’s true to say that we believe progress is being made. Those are two different things.”

“We do see progress because we believe we’ve got more talented players here, more and more talented players throughout the organization,” said Cherington, his farm system ranked 7th by mlb.com at the start of the season. “We believe those players are getting better and will continue to get better. We also believe that we’ve spent time really looking at every aspect of baseball operations and trying to find ways to improve how we do our work.”

“You name it, in any area. And we’ll continue to try to get better and all those things adds up to results. And, of course, while we’re doing all that, we’ll all be frustrated.”

It’s the dreaded ‘P’ word.  Few of any age are patient, but especially several generations who have seen 3,533 losses since a last World Series championship, 11 winning seasons, 10 playoff wins—three since 1992.

“These guys here in this clubhouse will be as frustrated as anybody when the outcomes aren’t good,” Cherington said. “We want to win. We’re competitive. But we’ve also got to try to help each other compartmentalize that, show up the next day, focus on the stuff we can do to control that progress. That’s what I was trying to get to on Sunday.”

It didn’t come across well, but at least a little more context to the point the Bucs GM was trying to make.