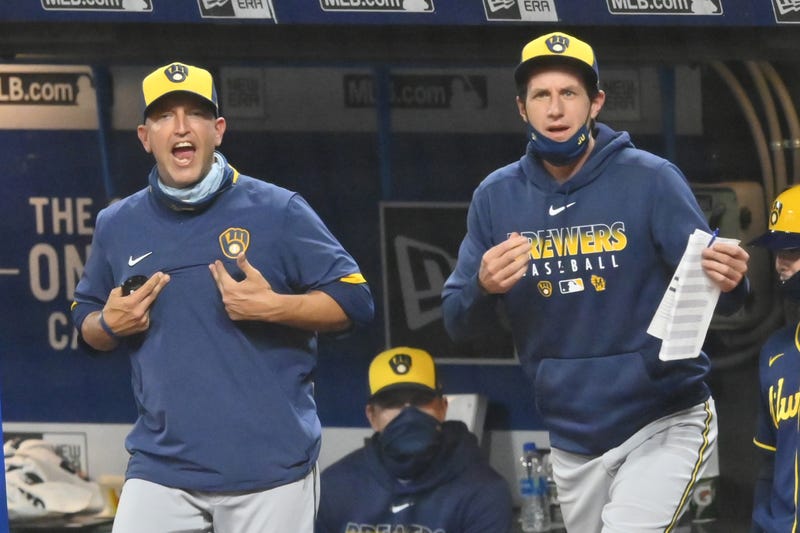 PITTSBURGH (93.7 The Fan) – He warns that getting to success takes a lot of time and can be painfully slow. New Pirates hitting coach Andy Haines said improvement is not going to be ‘this linear, sexy path’, there are going to be some bumps along the way.

That being said, the former Cubs and Brewers hitting coach came here because of the Pirates talent.

"I've seen it across the field,” Haines said of watching the Bucs from the other dugouts.  “I'll be the first to tell you talk is cheap.  It's a lot closer than they (fans) think of having a team they are really proud of."

It’s not just the players on the field, but Haines says the Pirates have the right coaches, at all levels, and staff in the front office.  He praised the minor-league coaches and evaluators along with Derek Shelton, Donnie Kelly and others.

“It’s easy to initially judge everything on the surface,” Haines said acknowledging the Pirates 2021 season.  “When you start seeing what is happening below the surface and organization-wide and just the people in general.  It’s easy to believe that some really good days are coming.”

“There is so much up-side offensively.  You start seeing the people in the farm system, how impressive they are and the prospects that are coming.”

The 44-year-old went right from playing college ball to coaching in independent leagues.  He coached summer college leagues and then got his first MLB job coaching with the Marlins minor-league system in 2008.  Eight years later he made it to the majors with the Cubs, then as the Brewers hitting coach.  He now brings those experiences to the Pirates.

“You have to see the game through the players lens,” Haines said.  “The most impactful coaches have a way of seeing things from other people’s eyes.  Where they want to go and how they want to get there.”

Haines believes the coming trend will be away from all the strikeouts and getting back to more contact.  Noting not like it was in the 80s, but he believes athleticism will be big for Major League teams.

“I want a lineup that we are all proud of,” Haines said.  “That’s relentless, we don’t take one pitch off.  We put on a great show every night.  We are fun to watch.  We can win a multitude of ways.  We can damage the baseball and stand in there and slug when we need to.  When the game demands execution and the finer points of the game, we can do that also.  That gives us a chance to win every night.”

With the owners lockout, Haines can’t contact or even discuss a player publicly, so we weren’t able to get his thoughts on specific Pirates players.  It does hamper is ability to set up off season programs, but he said it has made him more connected with the Pirates organization.

A veteran of several minor league seasons, Haines believes he will connect with the young players.  He knows about the transition from really good prospect to being a good MLB player.  It’s what Haines called ‘the wheelhouse’ of the Pirates organization to improve.

“We all want things right now,” Haines warned.  “Want results right now.  It takes time to get to success.  It can be painfully slow sometimes.”

He took the job because he believes it will come and quicker than most expect.  Again, Haines says he gets Pirates fans frustration and likely skepticism.  He genuinely believes this is going to get better.

“People in Pittsburgh at this time it’s probably like talk is cheap,” Haines repeated.  “They want to see action.  I would say I firmly believe there are too many arrows pointing in the right direction of some really good times are coming.”