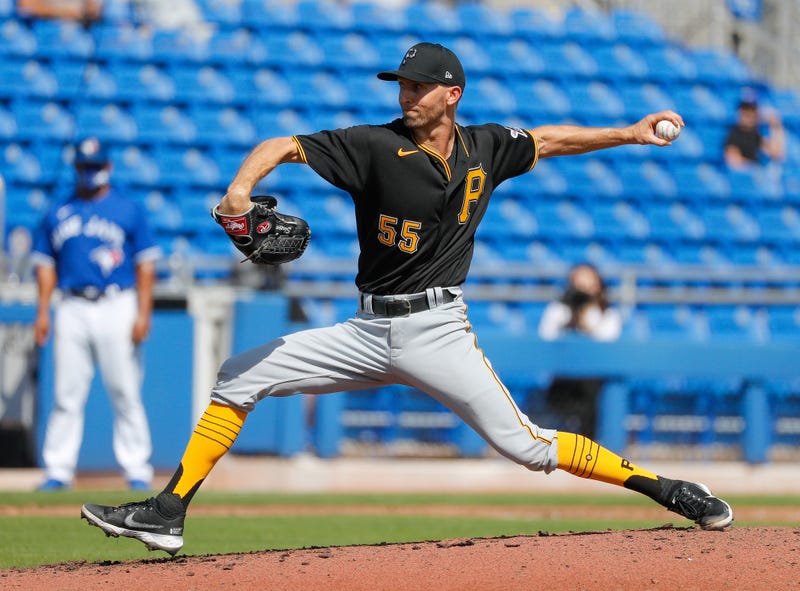 PITTSBURGH (93.7 The Fan) – Fans back in the stands does make baseball sound and feel more normal. But new rules designed to keep players healthy and help COVID-19 protocols may have you scratching your head.

Here are a couple of the new rules.

-games through March 13 are only 7 inning games, but may be as short as 5 innings or lengthened to 9 innings based on agreement from both managers before the start of the game.

-games starting March 14 until exhibition action ends, will be 9 innings, but could be shortened to 7 innings.

-games through March 13, the pitching team may decide to end the inning at any point following any completed at bat after the pitcher has thrown 20 pitches in that inning.

That happened in the Pirates very first inning of Grapefruit League play.  The at bat ended as the Baltimore pitcher reached a pitch limit.  The Bucs used it to their advantage when Max Kranick landed at 21 pitches in the game on Tuesday as the fifth inning ended after only one out was recorded.

-the new rule you may have forgotten that was added last year that any pitcher entering the game must face at least three batters or until the inning ends.  That won’t be enforced in Spring Training games until March 14.

“I think the thing that is the most important is health,” said Pirates manager Derek Shelton.  “Because of pitching and because of position players, it causes a little bit of challenge to be able to fill the innings.”

“I talked to a few other managers and they’re having the same conversations with their group.  We have to be mindful of health and safety first before we start to put guys out there for 7, maybe 9 innings.”

Shelton said the conversations happen between pitching coaches on both teams before games as to how many pitchers they have and how many innings those pitchers are able to throw.  For the game on Monday, the Pirates and Blue Jays had only six pitchers and the Blue Jays starter was able to go two innings.  So they played six and a half innings.

“I think everybody is pretty liberal with it right now because they realize keeping guys healthy is the most important thing,” Shelton said.  “The last thing we want to do is jeopardize that when we only have a 75 player pool.”

I guess based on all that has gone on in the last year.  It’s not the biggest deal.  But still weird, in any setting, to have innings and games end early.