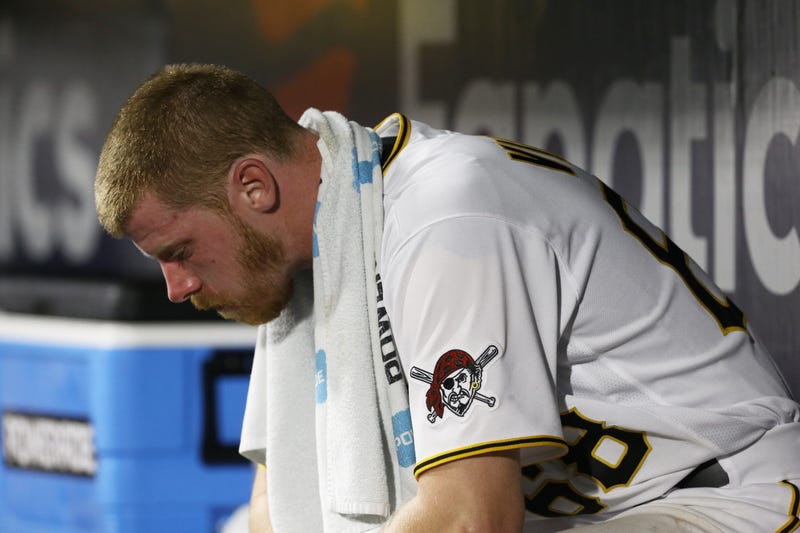 PITTSBURGH (93.7 the Fan) Just a day after the Pittsburgh Pirates had a third player in a month to hit three home runs in a game, they give up 19 runs in a brutal loss.

The Milwaukee Brewers put up 19 runs on 16 hits to while the Pirates only managed to scratch across two on three hits.

Roansy Contreras started on the mound for the Pirates and was credited with the loss after 1.2 innings of work.

The Brewers opened the scoring with a 7-run second inning which included three home runs.

Contreras was on the mound for each of the seven runs, but pulled after the third home run.

Austin Brice pitched in relief for 2.1 innings but gave up a two-run double to Rowdy Tellez in the top of the fourth, extending the Brewers lead to 9-0.

The Pirates scored their first run in the bottom of the sixth when a wild pitch from Corbin Burnees scored Daniel Vogelbach.

Then came the disastrous top of the eighth for the Buccos.

Cam Vieaux took to the mound for the already defeated Pirates along with a few other fielding moves.

The Pirates would not record an out until the 12th batter of the inning, giving up eight more runs, including a grand slam home run.

The Brewers held a 17-1 lead and the Pirates were feeling the Bronx cheers from their fans.

The Pirates managed a second run in the bottom of the eighth with an Oneil Cruz RBI fielder’s choice.

Josh VanMeter, a position player, was on the bump for the Pirates in the top of the ninth inning and surrendered another home run as the Brewers pushed their lead to 19-2.

That was ultimately the final score of the ball game, the two teams face off again Saturday at 4:05.