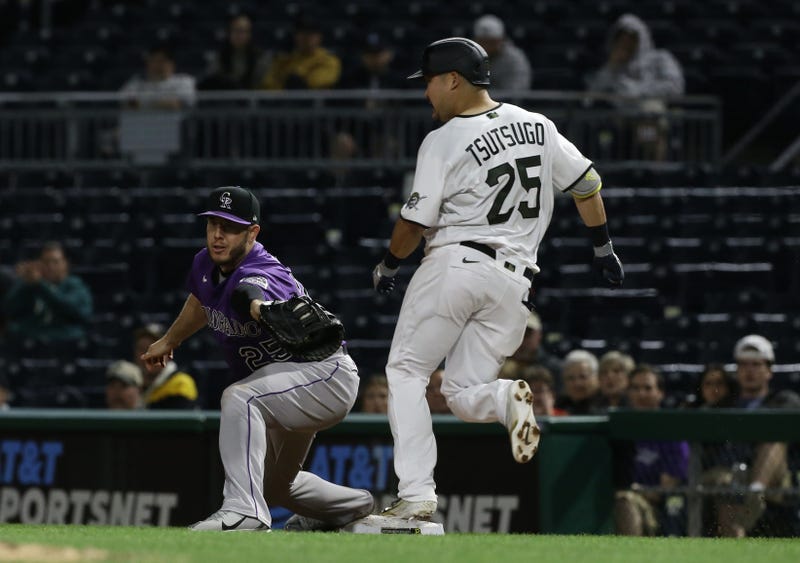 PITTSBURGH (93.7 the Fan) Prior to the start of a three-game set with the San Diego Padres, the Pittsburgh Pirates moved a starting infielder to the injured list.

The Pirates announced that 1B Yoshi Tsutsugo has been moved to the 10-day injured list.

We have placed 1B Yoshi Tsutsugo on the 10-day injured and recalled INF/OF Tucupita Marcano from Double-A Altoona.

To fill his roster spot, the Pirates have called up Tucupita Marcano from Double-A Altoona.