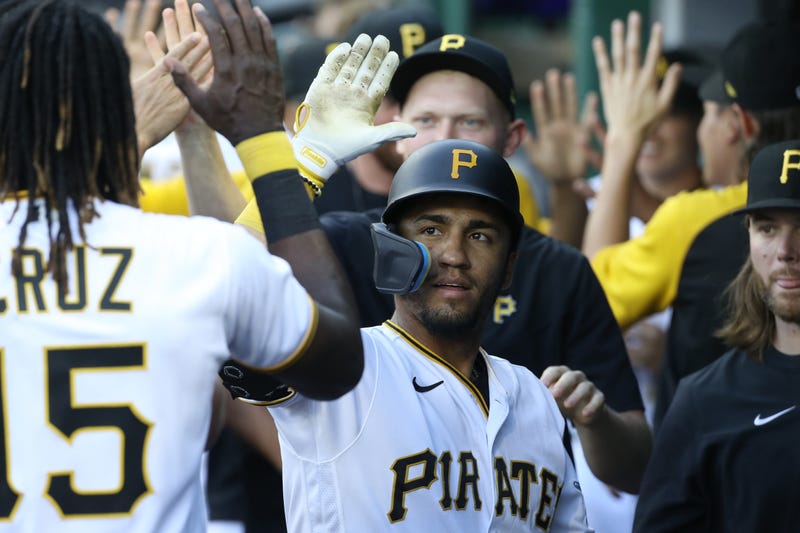 For just a moment, put aside the fact the Pirates are currently over 10 games under .500 and focus on the past three games.

It may not last long, but it could be a small glimpse of the type of things Pirates fans will be able to enjoy in the coming years.

After a three home run day from rookie Jack Suwinski, including a walk-off against the Giants on Sunday, the Pirates followed that up on Monday with the 2022 debut of Oneil Cruz, who went 2-for-5 with a double and four RBI.
The ball off the bat flew into the outfield at over 112 mph, he ran like a top NFL wide receiver on the bases and threw the fastest ball in the infield all season for a ground out.

Right fielder Bligh Madris made his first-ever start in the Majors, going 3-for-4 with two RBI and a stolen base in a 12-1 rout of the Chicago Cubs.

The Bucs followed that up with a third straight win against the Cubs on Tuesday evening, this time 7-1. Cruz had another RBI and Madris hit his first career home run.

But what I want to bring up and what we hopefully have to look forward to in the coming years is that pure joy that was seen in the dugout after Madris’ homer.

Nothing like living out your dreams with your best friends 🥰 pic.twitter.com/Xa8TpOkabc

It was a brief flashback to the kind of excitement you saw in the Pirates clubhouse during the Wild Card years from 2013-2015.

Hopefully, sooner than later that will be the norm in Pittsburgh.