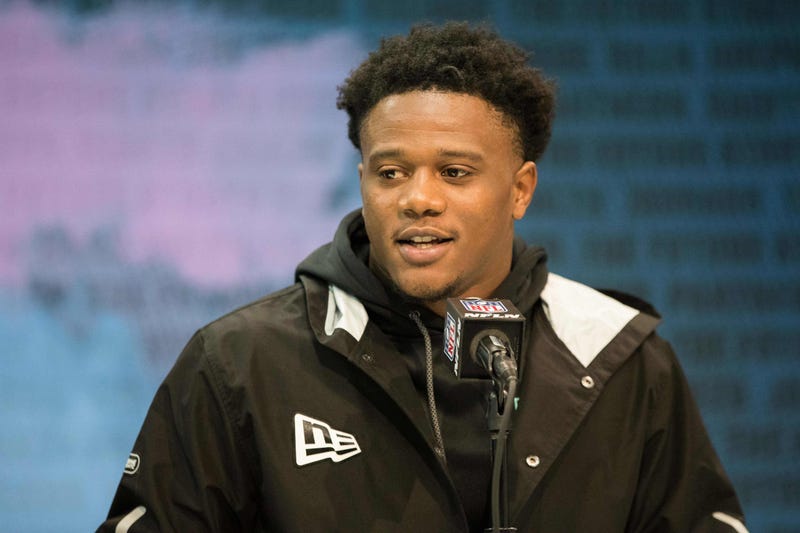 Although Mike Tomlin reminded us Wednesday that there is “on-going competition for all positions,” the reality is that – barring injury – almost all the starting spots are decided.

One position that is open is an important one - slot corner. Mike Hilton, who had bounced around a bit before carving out a nice niche in Pittsburgh, now has a nice contract - with the Bengals that could be worth as much as $24 million over the next four seasons.

The Steelers are hoping one of two players can replace Hilton – second-year man Antoine Brooks and veteran Arthur Maulet. The competition should be intense but Brooks says it will never become heated.

“That’s my big brother,” Brooks smiles, “I appreciate him.
He helps me, I help him, (we) tell each other about everything. It’s not really a competition right now. We’re actually family first and we’re going to ride this thing out.”

Maulet’s advantage is that this is his fifth season in the NFL. Brooks has the advantage of knowing the Steelers’ system, but he also knows how much he doesn’t know. “Right now I just need to learn, more of an understanding of the playbook,” Brooks admits. “I think I’ve got the physicality part, I think I’ve got the mental part going and I’m just ready to ball at this point.”

Knowing that his first season in Pittsburgh would likely be Hilton’s last, Brooks made sure he absorbed as much of Hilton’s knowledge as he could. “He helped me a lot,” Brooks grins. “I call him my OG.”

Brooks played sparingly in 2020 but did see extensive action in the 36-10 win over Cincinnati when Hilton was out. Brooks was on the field for 43 percent of the snaps and was credited with a pair of tackles, one solo.

Secondary Coach Grady Brown wasn’t here a year ago so he’d only seen the video but then Wednesday, Brown saw first-hand Brooks intercept Ben Roethlisberger. “(A play like that) does worlds for his confidence, for my confidence,” Brown says. “To intercept a guy like that in practice – they all count. Any time you get an opportunity to make a play and you make it, they all count.”

“That was a great play because he reacted and was in a good position from a coverage standpoint,” Brown continues, “It was not a ball that was thrown directly into his chest. He had to lay out for it so it showed he can make a difficult catch.”

Brooks may not consider it competition, but he will continue to compete. “They just told me to ready,” Brooks says, “Ready when Coach needs me.”