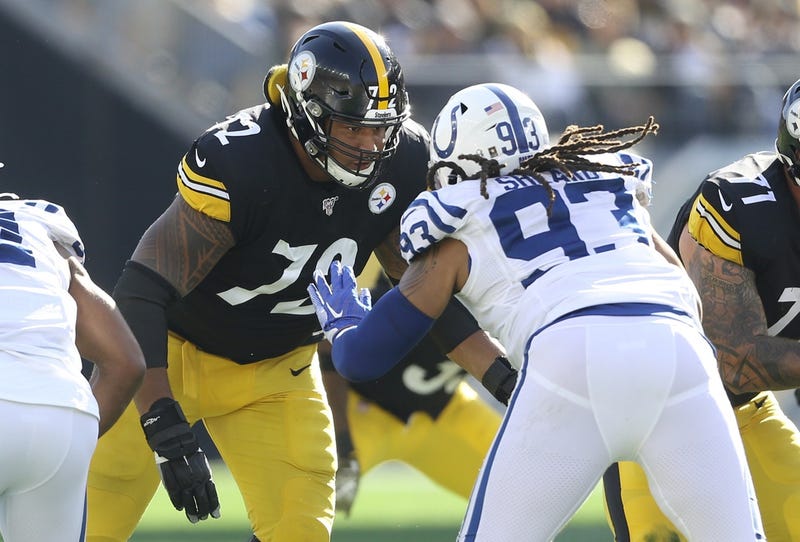 BIO-A fourth round pick of the Colts in 2017, Banner was released by Indy and played in eight games with the Browns his rookie year.  The USC offensive tackle signed with Carolina and after being released, signed with the Steelers.  Banner spent 2018 on the team’s practice squad and 2019 as a fan-favorite as when announced as a tackle eligible when coming in for blocking situations.

FOR-Banner won the starting right tackle job during training camp only to lose the job after a season-ending knee injury during the season opener against the Giants.  Banner is huge, 6’8”, 335 pounds.  He worked hard to drop around 30 or more pounds to win the job and could be the best run blocker on the line.  Banner would also likely come cheap at a potentially prove-it contract around two million or maybe less.

AGAINST-Although nowhere near where it used to be, there could be concern about Banner returning from a major knee injury.  They could also decide to move Matt Feiler back to right tackle and move Chukwuma Okorafor to left tackle to fill that position.

PREDICTION-Banner is back with the Steelers on a one-year deal with a chance for Zach to earn much more with a good season. Banner has also gone radio silent on social media and says he won’t be back until after he has a contract.

Locking it down on social and media until my new contract is signed. 🤫🔒