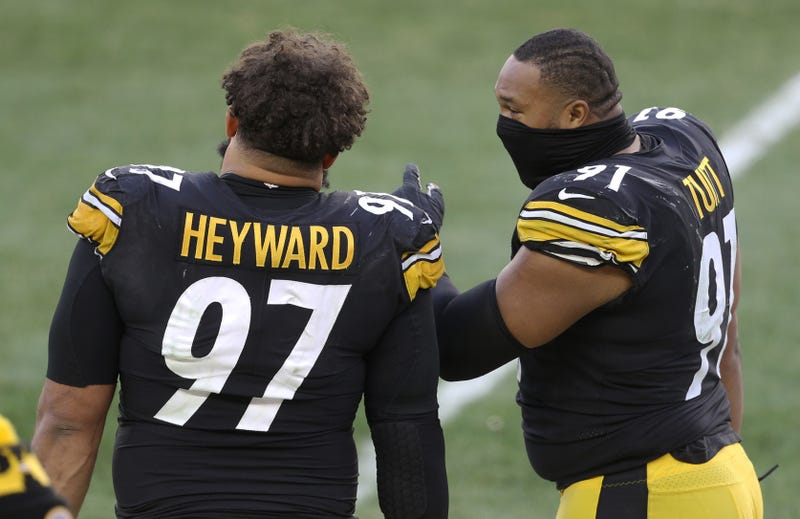 PITTSBURGH (93.7 The Fan) – As Steelers linebacker Devin Bush continued to express himself on Twitter, at one point defensive captain Cam Heyward told him publicly to ‘calm his ass down’. In his first time to speak to reporters as Steelers training camp is in day two, Heyward discussed Bush and social media.

“He's a grown-up, he likes to play young,” Heyward said Friday.  “I don't have to say a lot.  I think everybody is expecting something different.  Devin is a heck of a football player.  He can be a kid at times.  We will ring him back in when we have to."

“We look at guys like Highsmith, we bring back Wormley, Tyson, TJ, Tuitt, me and add a guy like Melvin Ingram,” Heyward said.  “We got a squad.  I don't look for us to drop off at all."

Heyward said you can move Ingram around and do some unique things.

“I’ve always looked at Melvin’s film,” Heyward said.  “He’s able to be that rover-type of guy where he’s able to penetrate through the B gap and get guards one-on-one.  We will see what Coach Butts has cooked up for us.”

The 32-year-old Heyward said he didn’t know how much he really helped convince the 34-year-old Alualu to shun a deal with the Jaguars and sign back with the Steelers.  Heyward said he just told him how much they would miss him if he were gone.

“He's the good cop to my bad cop,” Heyward said.  “You look at his production.  There aren't a lot of noses that do what he does.  He is able to be our nose & then he is able to be a depth rotational guy at end, it's a unique combination.  I think he's thrived here"

Steelers defensive end Stephon Tuitt is participating in practices, continuing with a heavy heart after his brother was str