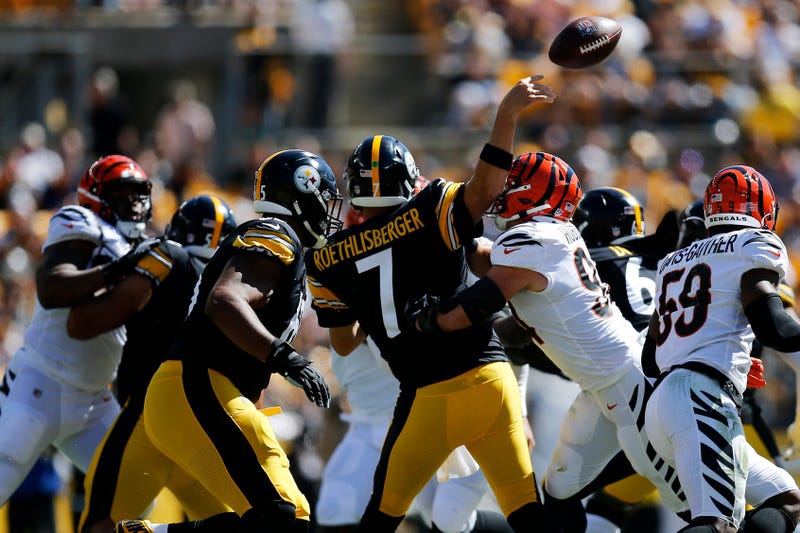 PITTSBURGH (93.7 The Fan) – He didn’t have a running game to lean on. He was often under duress. There were several drops, questionable play calling. Ben Roethlisberger also admitted, he was as much to blame for the 24-10 loss to Cincinnati as anyone.

“It's got to start with me,” Roethlisberger said.  “I'm not going to point the fingers at anybody else. I'll point the thumb at myself and try and get it figured out.”

Ben Roethlisberger speaks to the media following our game against the Bengals. pic.twitter.com/k8NetuwX97

Roethlisberger threw for 318 yards, but on 58 attempts and a couple of critical interceptions.

The first on a play where Sam Hubbard hit him as he threw.  The second one though, a horrible mistake by the quarterback.

“I thought he was going the other direction,” Roethlisberger said.  “Saw JuJu [Smith-Schuster]. The defender was kind of moving to his right, my left.  Just awful play by me.”