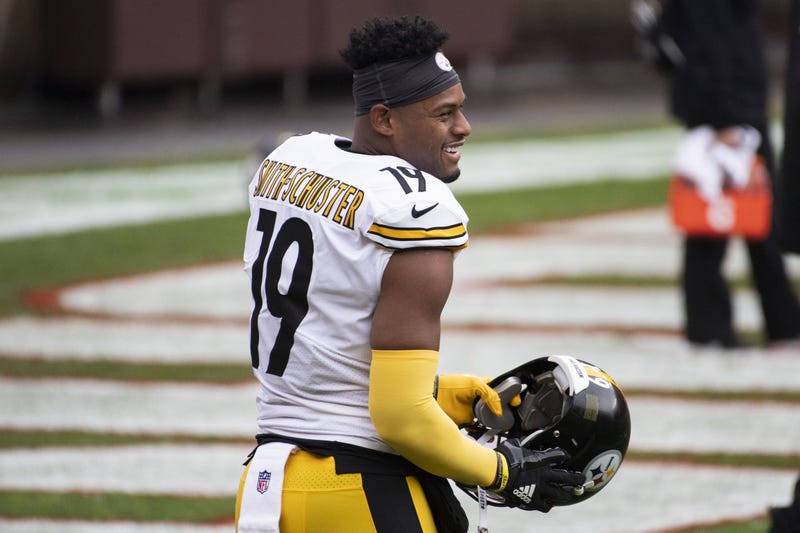 PITTSBURGH (93.7 The Fan) – Steelers get its most experienced receiver back for the Chiefs game on Sunday. JuJu Smith-Schuster added to the active roster after a couple of days of practice as he was first to report the news on social media.

God answered my prayers & I’ve recovered from my season-ending shoulder injury earlier than expected. I can’t believe I get another chance to take the field with this team and play in a playoff game to keep our season alive. Steelers Nation, #HereWeGo! pic.twitter.com/SdAKl3SrYx

Smith-Schuster out since suffering a shoulder injury early in the Denver game in October and hasn’t played since.  JuJu had 15 catches for 129 yards this season.

The 25-year-old signed back to a one-year contract for $8 million this offseason in a bit of surprise.  Smith-Schuster hoping to have a big final season with Ben Roethlisberger and turn it into more money as the salary cap was down this season.

We’ll find out 90 minutes before kickoff on Sunday whose roster spot Smith-Schuster takes.  Receiver Cody White is an easy choice, but he’s been a starter on special teams.  Tight end Kevin Rader is another, he is also a special teams option.  Could be receiver James Washington, who just returned from the reserve/COVID-19 list.