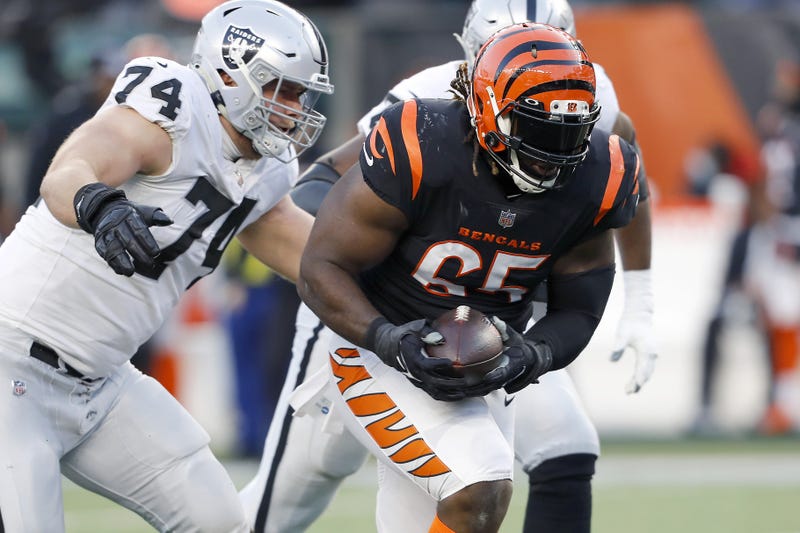 PITTSBURGH (93.7 The Fan) – Steelers waited out their options and didn’t make a knee-jerk reaction when Stephon Tuitt announced his retirement at the end of OTAs. Tuesday, they found a veteran defensive addition with 63 career starts; including 16 last-season with the AFC Champions.

You could hear the fans angst calling into 93.7 The Fan and on social media.  ‘Why didn’t the Steelers have a plan B?  How could they not have signed a veteran D-lineman in case Tuitt did retire?’

What they ended up doing is being right by Tuitt, and his teammates (don’t underestimate the importance of management giving Tuitt all the time he wanted and how that plays in the room), and getting a veteran option to help the depth of the group.

Injured in the first game of the Bengals post-season run to the Super Bowl, Larry Ogunjobi started 16 games in the regular season with a career-high seven sacks, 12 tackles for loss and 16 quarterback hits.  The 6’4”, 305-pounder had at least one QB hit in each of the last seven games.

The right-foot injury against the Raiders in January needed corrective surgery in the off-season.  It likely caused him to fail a physical after a three-year, $40 million deal was agreed to with the Bears in March.

The veteran is still in the prime of his career just turning 28-years-old.  He is the youngest, and outside of arguably Ndamukong Suh, best option available.  After starting just one game with the Browns his rookie season, the former Charlotte star has started every game in his career since.  In those four seasons, 20.5 sacks, 197 tackles (120 solo) with 37 tackles for loss and a pair of forced fumbles.

Ogunjobi was such a great teammate with the Bengals last year, according to Geoff Hobson of Bengals.com, the players wanted to keep his number open this offseason in hopes of him returning.

Add that with Cam Heyward and Tyson Alualu, what a solid group to teach DeMarvin Leal, Isaiahh Loudermilk and Montravius Adams, who despite being in the league, is just 26.

Veteran Chris Wormley is coming off a career-high in sacks and wants to play as many snaps as he can, however each likely will make the other fresher and better.  He also provides a veteran to spell Heyward and Alualu.

Ogunjobi has more career tackles (total and solo) against the Steelers as any career opponent with a pair of sacks, four tackles for loss and five quarterback hits.  If nothing else, the Steelers guaranteed he’ll only be on the sidelines when the offense is on the field.

On the surface, a solid, veteran (yet young) addition to the defensive group by new GM Omar Khan.  The only tricky part for Ogunjobi could be a first locker room conversation with Mason Rudolph about that November game in 2019 when he played for the Browns.