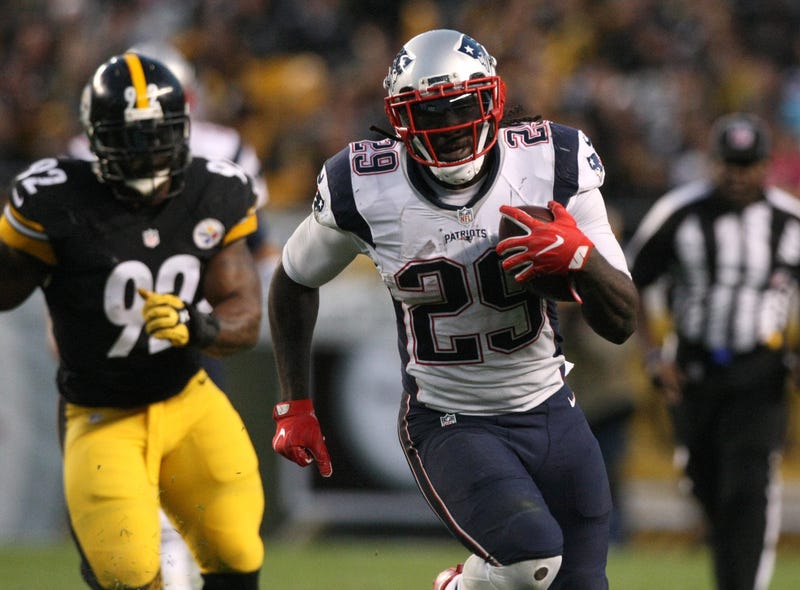 Former Steelers running back LeGarrette Blount is speaking out about his time with Pittsburgh before being released and signing with New England.

Talking to the PM Team live from Radio Row of Super Bowl LVI, Blount says it was then offensive coordinator Todd Haley that made him want to leave.

“The problem was the offensive coordinator, not calling the plays that I would be in,” said Blount.

He adds that he would confront Haley during the week about why he wasn’t getting playing time and Hayley would tell him, “’We got to get the ball to you, we’ll do more and more to get you the ball we’re going to get it to you’, obviously I’m going to believe that because it’s my offensive coordinator so I’m going to trust what he’s saying.”

LeGarrette Blount. Loves Mike Tomlin. Blamed Todd Haley for his situation with Steelers. Didn’t have a secret deal with Patriots in place before he left Pittsburgh. Very honest about time with Steelers. pic.twitter.com/3pyqxBEq4j

Blount adds he’s never had a coach up to that point that would hold him to zero carries.

When Blount signed with the Steelers, he was told that he would be splitting carries with LeVeon Bell and while he didn’t expect the workload to be 50/50 he was hoping to get at least 10-15 carries a game.

“25 or 40 or 45 carries, whatever (bell) had, it’s just uncalled for when you got another running back that . . . can take 15 of those carries can still be just as productive,” said Blount.

When it comes to Head Coach Mike Tomlin, Blount says he has nothing but love for him.

“I was juiced when I got a chance to play in Pittsburgh because I love Mike Tomlin man, I really do,” said Blount.

Blount also cleared up the conspiracy that he purposefully got released after talking with Patriots coach Bill Belichick.

“I knew it was a possibility because I was going to be available but we didn’t coordinate it or anything like that, I didn’t talk to anybody,” said Blount.

Blount played in 11 games, starting zero in the 2014 season for Pittsburgh. He has 65 carries for 266 yards with two touchdowns.

He is also a three-time Super Bowl winner. (twice with the Patriots and once with the Philadelphia Eagles).