LATROBE, PA (93.7 The Fan) – Quarterback Mason Rudolph did get reps with the first team as he said would happen earlier in the week. Steelers added a new drill as well in the 90-degree heat at St. Vincent College Wednesday.

Rudolph worked in with the ones on a few drills and then it would go back and forth with he and Mitch Trubisky during the non-full pad workout.

“We are just thoughtfully mixing it up, making those guys adjust, putting them with different groups” said Steelers Head Coach Mike Tomlin.  “Getting to watch them in different groups.  It will continue.”

The ball set with 53-yards to go and the team has to score a touchdown in 1:19 with one time out.  Mitch Trubisky got the first opportunity, worked it down to the seven-yard line including a 16-yard pass to George Pickens.  At the seven, Trubisky rolled to his left and patiently found Pickens cutting across the back of the end zone for a touchdown with 16 seconds left.

“He’s a veteran and he displayed that,” Tomlin said of Trubisky.  “I thought his communication was good.  I thought he directed younger players and made good use of opportunities to do so.  Stoppages of the clock, huddle scenarios, etc.  That’s what you expect veteran players to do.”

Mason Rudolph got the ball down to the six-yard line with six seconds left including a leaping grab by Kevin Rader, but his last pass fell incomplete over the head of Gunner Olszewski.

“It’s reflective of what transpires at the end of halves or the end of games.”

A few veterans got their first excused day off-Cam Heyward, TJ Watt and Chukwuma Okorafor among the vets who dressed for practice, but did not participate.

“I’ll do that from time-to-time,” Tomlin said.  “It’s less about those guys.  It’s a means of thinning the lines and proving more opportunities for younger guys.  More veteran players need less reps in order to be game ready, younger players need more.  It’s a unique way of providing everybody of what they need.” TJ Watt is destroying practice, in a good way

Still yet to throw a pass in a team period but taking every mental rep and throwing before and after practice, Tomlin said of seventh-round pick Chris Oladokun.

“When you are in the fourth quarterback slot, you better be continually working while you wait for your opportunity,” Tomlin said.  “We ask him to work while he waits.”

“We’ve had others in the past in that scenario.  I talked to him a lot about Joshua Dobbs who was in a similar scenario, didn’t get many opportunities and stormed on at the finish and made the roster.”

Putting Jeremy McNichols on the Reserve/Injured list, the Steelers signed undrafted Ohio State tailback Master Teague.  Tomlin didn’t know much about him initially, but said they will bring him up to speed.  He did have a couple of solid runs, including a nice cut in the few drills he participated in. 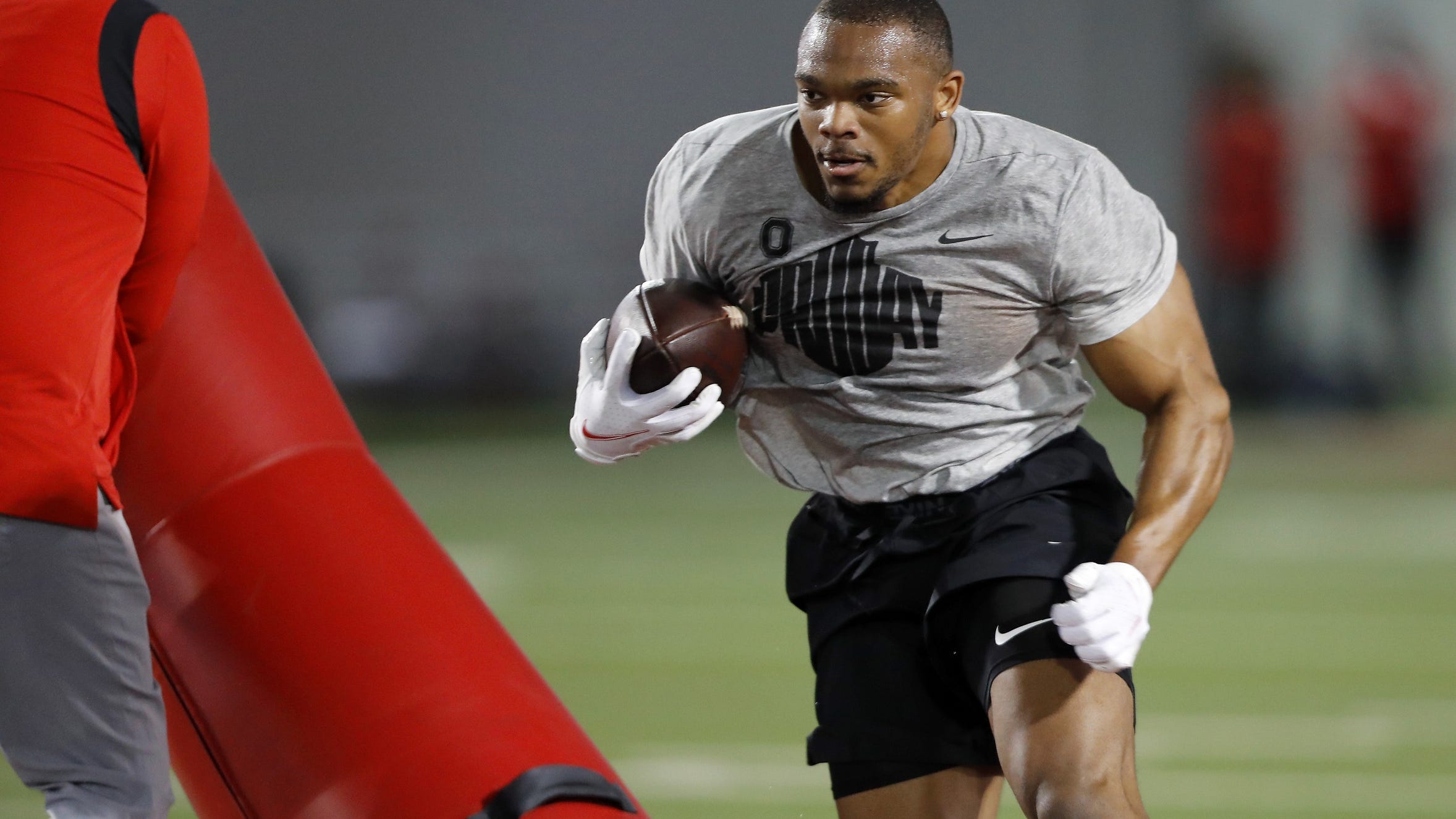 Officials were also a part of practice for the first time on Wednesday.  Throwing flags on individual drills and watching sideline catches.  They didn’t throw any flags on 11-on-11 opportunities or the two-minute drill.

“You get to learn the unwritten rules of the game,” Tomlin said.  “There is an official rule book and those are words on a page.  There is no substitute for having officials out here and getting a dialogue and getting their perspective on what the tipping points are.”

Tomlin translation-players were able to talk to the refs about what will and won’t be called.

Here is the results of Wednesday’s 7-shots drill from the two-yard line
·     Mitch Trubisky pass tipped
·     Trubisky under pressure hits Anthony Miller TD
·     Trubisky hits Cody White in the back of the endzone, couldn’t finish
·     Mason Rudolph incomplete back of the endzone
·     Rudolph hits Steven Sims in the flat for a TD
·     Rudolph hits Jaylen Warren in nearly the same spot for a TD
·     Kenny Pickett shovel pass to Connor Heyward TD 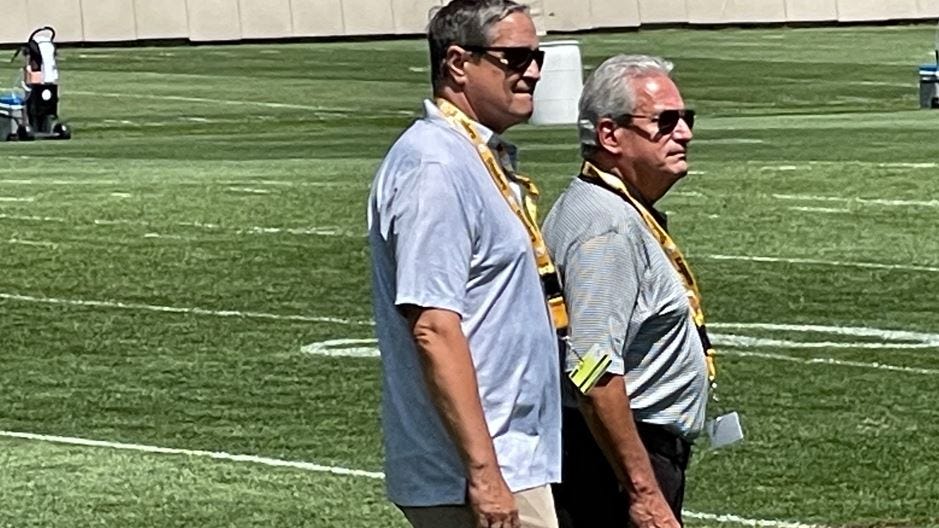