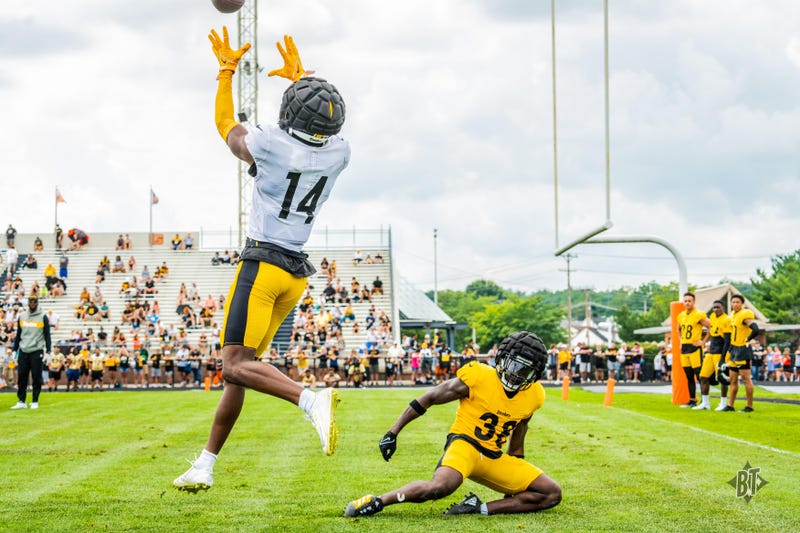 LATROBE, PA (93.7 The Fan) – Monday’s practiced moved from St. Vincent College to Latrobe Memorial Stadium and the fans in the city got to witness some physicality. Steelers with several hard-hitting, physical periods.

“Short yardage and goal line, there’s no way around that,” said Steelers Head Coach Mike Tomlin.  “When there is a line to gain and it’s of that nature.  You get to know yourself pretty quickly.  I like the efforts and the urgency today.”

Minkah Fitzpatrick and Terrell Edmunds with one of the hardest hits of the day, stuffing Benny Snell to open the goal line drills.  Snell would score two plays later leaping over from the 2 and showed a ton of emotion.  Mitch Trubisky threw a TD to Gunner Olszewski on a rollout to his left.  Kenny Pickett a TD to Kevin Rader and a pretty inside handoff to receiver Steven Sims worked for a score.

Snell had the longest run of the day in a run-only 11-on-11 period with a nice cut and going just over 20 yards. Master Teague had a really solid run on a nice cut of his own. Teague was also stuffed by linebacker Delontae Scott at the one-yard line on the final play of the day.

Linebacker Alex Highsmith left practice on Monday due to a rib injury.  Days from signing his new contract and back during team drills, receiver Diontae Johnson suffered a hip flexor injury.  Linebacker Genard Avery had a couple of good moments before leaving with a groin injury.  In a battle to start at left guard, Kevin Dotson had a late ankle injury.  It was an ankle injury that hampered some of the 2021 season. 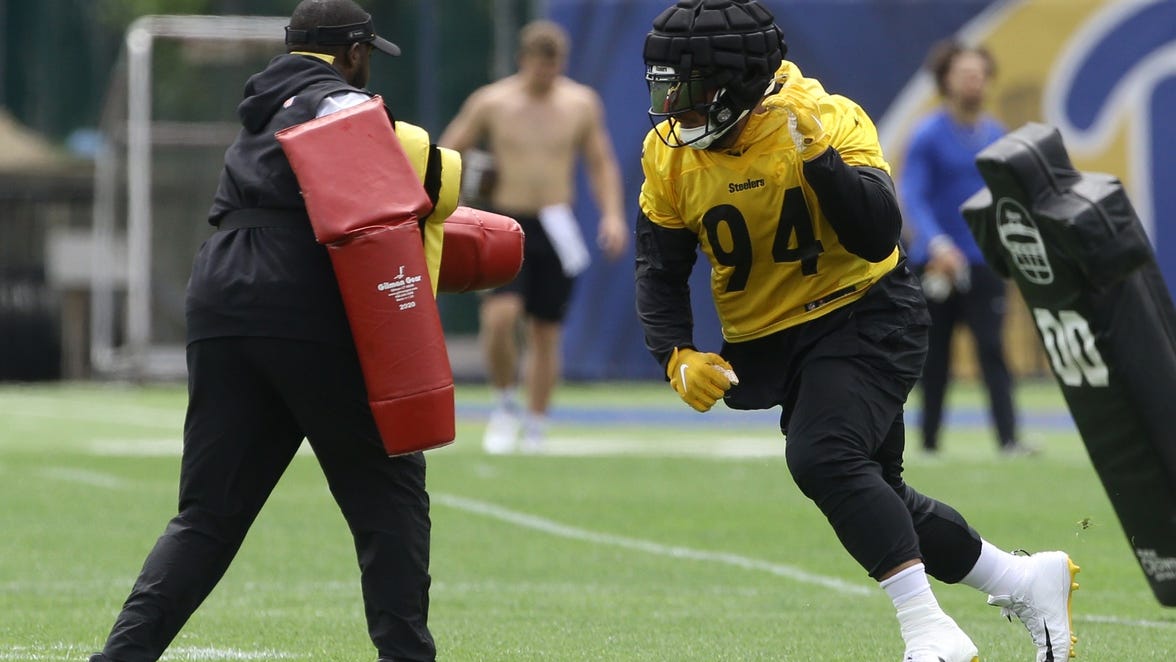 Tyson Alualu came off the PUP list and started his process back. Minkah Fitzpatrick was a full participant, Chase Claypool went through drills as did Levi Wallace. Free agent signee Larry Ogunjobi made a couple of plays in his first full work on the defensive line.

“It didn’t take long for his presence to be felt,” Tomlin said.  “He’s a big man.  He comes off blocks.  We are glad to have him out there.  We look forward to him getting better and better.”

Steelers did one-on-one drills from the two-yard line between receivers and defensive backs.  Several good catches in that period and a couple of solid defensive plays.  It’s a tough drill for defensive backs.

Rookie George Pickens had a play fall incomplete and Fitzpatrick and Edmunds were talking to him after and Pickens just walked by them saying something.  Pickens caught the next four including a couple of combat catches with back shoulder and fade routes, just making a good play with strong hands in good coverage.

After the final play, Pickens looked over at Fitzpatrick, Edmunds and a few others and put his finger to his mouth in a hush motion.  He yelled over ‘don’t say s@#!’ as he glared at them.  No more came of it, but you could feel the intensity.

The first four snaps of the 11-on-11 passing period all went to Trubisky.  He found Johnson on a good crossing throw.  The next three were incomplete including a diving pass breakup by Athkello Witherspoon and a borderline drop by Calvin Austin.

Mason Rudolph threw a pair of completions including a strong grab by Olszewski.  Pickett was next with four straight completions, the best on a low throw to the sideline and a solid catch by Miles Boykin.  Rudolph completed the last two including a strong timing route on an out-cut by Tyler Vaughns. 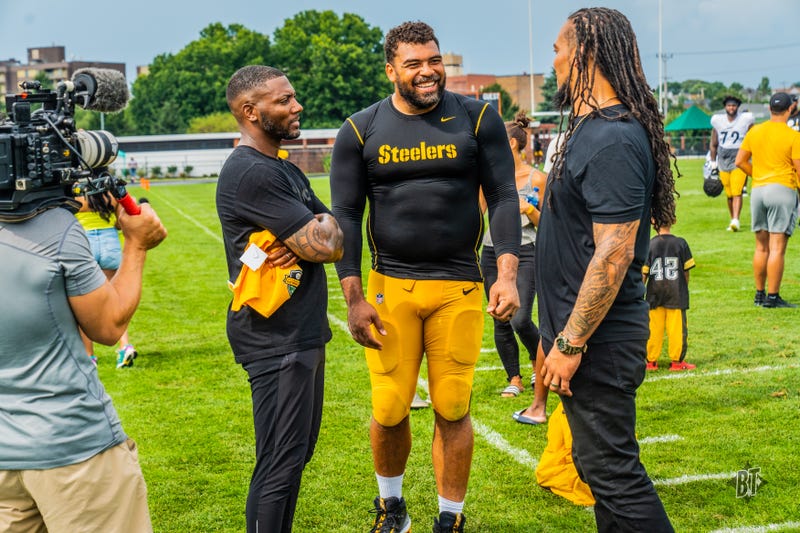 Several former NFL stars visiting Steelers camp on Monday.  Ryan Clark, who once hosted a show on 93.7 The Fan and now with ESPN was there.  As was CBS Sports Bryant McFadden.  Pittsburgh native Brandon Marshall was joined by Pitt star LeSean McCoy, those two were filming a podcast.

For the first time since Thursday the Steelers should be back at St. Vincent College at 1:55p Tuesday. However keep up with 93.7 The Fan on-air and on social media as that might change due to a rainy forecast. Friday Night Lights was rained out, Saturday was moved to the South Side due to weather, Sunday was an off day and Monday to Latrobe Memorial Stadium.