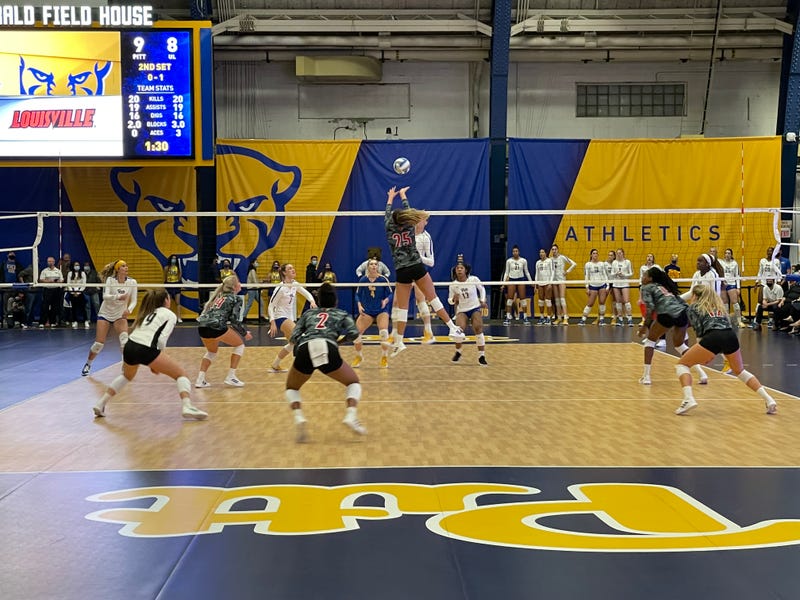 PITTSBURGH (93.7 The Fan) – The Pitt Panthers volleyball team got a three seed into the NCAA Tournament and will hosting the first two weekends (meaning four rounds) of the NCAA Division 1 Volleyball tournament at the Petersen Events Center Friday and Saturday.

Panthers will face UMBC (19-11) on Friday with the winner of Pitt-UMBC facing the winner of Penn State against Towson also in the Pittsburgh regional. West Virginia is in a separate bracket playing Illinois in the first round. Pitt would only see Louisville if it made the national championship game. The unbeaten Cardinals are the number one seed.

Ranked in the top five for much of the season, the Panthers finished the regular season 26-3.  Their only losses to number one Louisville, twice and nationally ranked Georgia Tech, an 8-seed in the tournament.

Two-time All-American and two-time ACC Player of the Year Kayla Lund is dealing with an injury and the hope is she would be able to return after missing the last couple of matches, including the loss to Louisville on Wednesday.  Fellow senior Chinaza Ndee leads the Panthers with 331 kills, Missouri transfer Leketor Member-Meneh with 287 and Penn State transfer Serena Gray with 223 and a team-high 35 aces.

Pitt made it to the Elite Eight last year within inches of a first Final Four appearance.