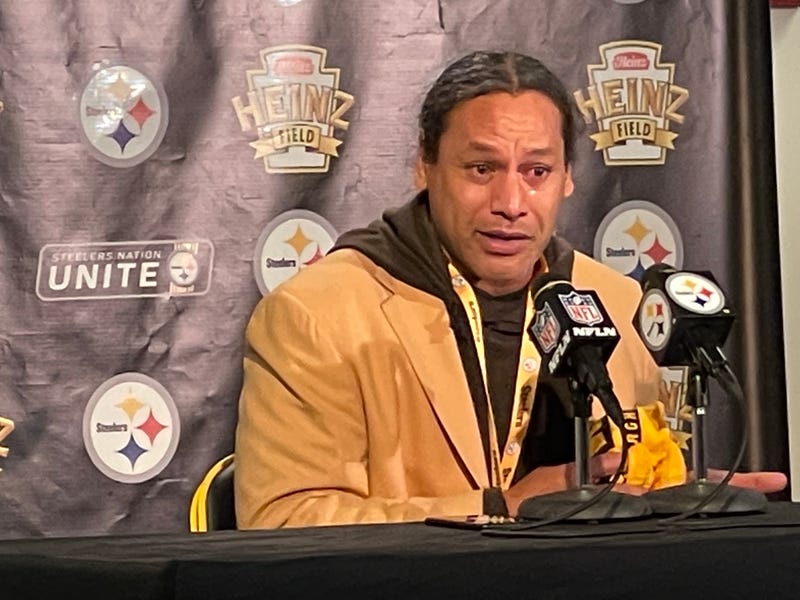 PITTSBURGH (93.7 The Fan) – The image of watching Troy Polamalu cry while wiping tears with a Terrible Towel is something that is hard to forget. Polamalu emotional on Sunday when discussing writing his enshrinement speech this summer.

Polamalu said he was nervous about putting his thoughts into words.  He didn’t want to disrespect anyone.  There is so much that he wanted to say.  He needed to make sure that he mentioned everyone.  That all felt appreciated.

“I get a little emotional because what I realize is I was nervous about my speech,” Polamalu said with his voice quivering.  “When I shared it with her.  She says ‘you were going to write that?’  I was like that’s why I was so nervous.”

Polamalu said he ended up writing the speech with his wife, Theodora.  He couldn’t procrastinate because his TV was broken and no one would come fix it because Polamalu had COVID at the time.  So they dove into it.

“I also realized that when we worked on it together,” Polamalu said.  “It was a beautiful indication of my career.  I’ve had such great feedback about the speech.  I couldn’t claim it as my own because my wife and I did it together.  What I realized, I could only get so far, it’s my wife and I together.  It brings everything to fruition.”