It was a bumpy road littered with potholes, detours, flat tires, toll lanes, rubbernecking, bumper-to-bumper gridlock, construction workers in fluorescent vests and uniformed highway patrol pointing their radar guns every which way, but somehow, the NFL reached the checkered flag, crossing the finish line with gas to spare.

The strangest NFL regular season on record is officially in the books. At times, with all the obstacles in place, it felt like we were witnessing a particularly deranged episode of American Ninja Warrior or an Olympic slalom race. But even with empty stadiums (for the most part), depleted rosters, scheduling gymnastics (Steelers/Ravens getting bumped to Wednesday afternoon so NBC could air its annual tree lighting ceremony at Rockefeller Center was peak 2020) and one particularly absurd occurrence in Denver (you haven’t lived until you’ve seen a practice-squad receiver play quarterback in an NFL game), it was still comforting, in these trying times, to have football to look forward to each and every Sunday.

After four months of watching the league dodge COVID bullets like Neo in The Matrix, it’s time for us to hand out some well-deserved hardware. The minds at RADIO.COM convened earlier this week with Jordan Cohn, John Healy, Tim Kelly, Dan Mennella and I each submitting our choices for this year’s NFL Awards. After tallying all the votes, I’m pleased to share with you RADIO.COM’s consensus picks for MVP, Defensive Player of the Year, Offensive and Defensive Rookies of the Year and Coach of the Year. Have a look. 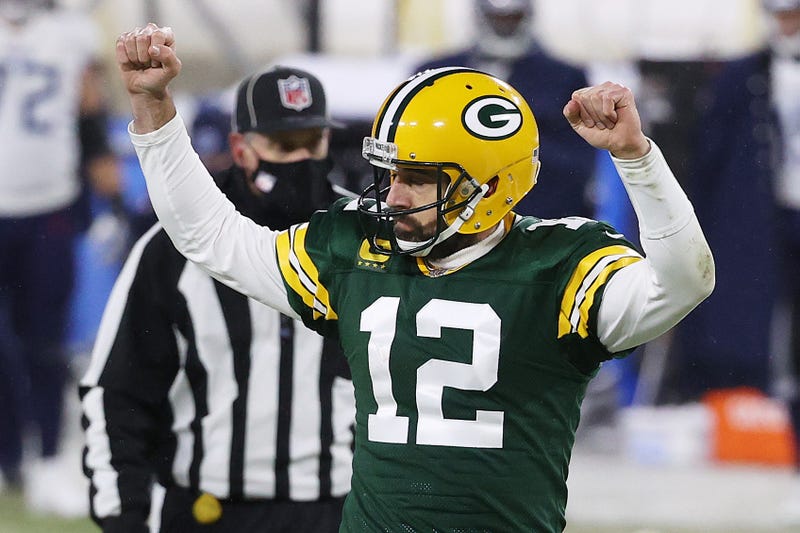 Did the Packers draft Jordan Love, the presumptive heir to Aaron Rodgers’ QB throne in Green Bay, for motivation purposes? Maybe that’s giving them too much credit, but if stoking Rodgers’ competitive fire was their intention, Green Bay’s ploy worked to perfection. All Rodgers did in 2020 was post the second-highest quarterback rating in NFL history (trailing only his own 2011 campaign in that regard), sling a league-leading 48 touchdown passes (tying him with Dolphins legend Dan Marino for fifth-most all-time) and complete a career-best 70.7 percent of his attempts while leading the 13-3 Packers to an elusive first-round bye. The 37-year-old’s scorched-earth season becomes even more remarkable when you consider who he was throwing to. Aside from Davante Adams, Rodgers’ receiver corps featured the unheralded likes of fifth-rounder Marquez Valdez-Scantling, undrafted slot target Allen Lazard and practice-squad alum Robert Tonyan (also undrafted). A master at making lemonade out of lemons, Rodgers was our unanimous choice for league MVP, earning top billing over runner-up Josh Allen (franchise-record 37 touchdown passes), Patrick Mahomes and fourth-place finisher, Derrick Henry (2,027 rushing yards, fifth-most in a single season). Assuming the voters see it our way, Rodgers will join Peyton Manning, Tom Brady, Brett Favre, Jim Brown and Johnny Unitas as one of six players to earn MVP honors three or more times.

The slumping Steelers have dropped four of their last five, but Pittsburgh still has a home Wild Card game on the docket this week thanks to T.J. Watt, the NFL’s regular-season leader in sacks with 15, a total he reached without even suiting up for Week 17. An All-Pro selection at not one but TWO positions last year (defensive end and outside linebacker), the former Wisconsin Badger has effortlessly supplanted older bro J.J. as the most-dominant edge disruptor in all of football. There’s an equally compelling DPOY case to be made for Dolphins corner Xavien Howard, the first player to reach double-digit interceptions since Antonio Cromartie in 2007, while future Hall-of-Famer Aaron Donald has entered LeBron James territory where he could conceivably win the award every year. But the way Watt—who also led the league in tackles for loss and quarterback hits—anchored Pittsburgh’s front seven, picking up the Steelers’ pass-rushing slack after Bud Dupree was lost to a torn ACL, deserves our recognition. This could be the first of many Defensive Player of the Year honors for Watt, a natural playmaker born to wreak havoc in the trenches. 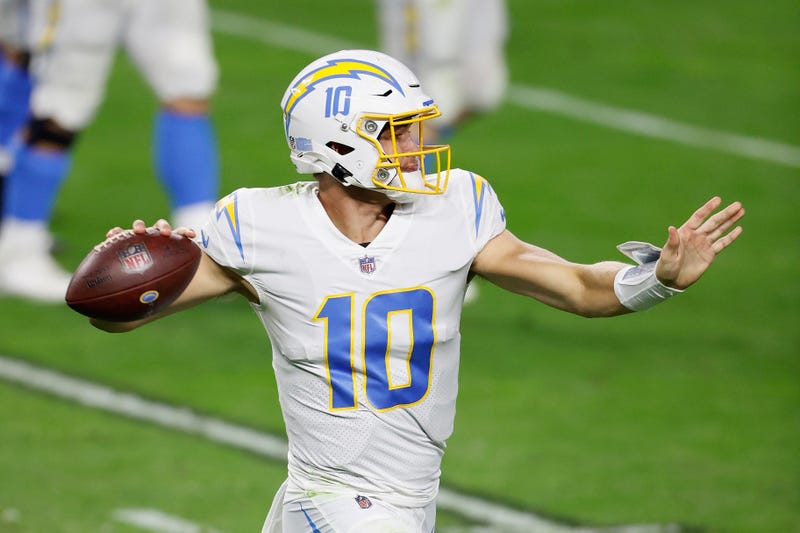 Who knows the heights a healthy Joe Burrow may have reached, but even without its crown jewel, this year’s rookie class was still one for the ages. Justin Herbert, a raw prospect many scouts pegged as a multi-year project, flourished before our eyes, taking a sledgehammer to the record books by establishing new rookie high-water marks of 36 total touchdowns, 31 touchdown throws and 396 completions. Justin Jefferson of the Vikings was equally prolific, knocking Anquan Boldin off his long-standing pedestal with precisely 1,400 receiving yards, the most ever by a rookie. A glimmer of hope in an otherwise desolate year for the 1-15 Jaguars, James Robinson glistened in his debut season, spanning an impressive 1,414 yards from scrimmage, a figure that cemented his place as the highest-producing undrafted rookie in league history. Let’s also not overlook the contributions of Colts standout Jonathan Taylor, who overcame early growing pains to become the NFL’s third-leading rusher, punctuating his magnificent rookie year with a career-high 253 yards in Week 17, a franchise record and the ninth-highest single-game total of all-time. There’s math supporting each and in a year where so many rookies shined bright, narrowing our scope to one player at the expense of other worthy candidates is a near-impossible task. But there’s no denying Herbert, a budding superstar at the sport’s most important position. The 22-year-old’s presence should make Los Angeles the most desired opening in this year’s coaching cycle and to think, if a team doctor hadn’t punctured Tyrod Taylor’s lung while administering a pain injection, Herbert may never have left the Chargers’ sideline in 2020.

Chase Young is what we call a GAM—grown-ass man. Every bit of his listed 6’5” and 264 pounds, the former Ohio State Buckeye talks a big game (he’s been chirping Tom Brady ahead of Saturday’s Wild Card showdown with Tampa Bay), but boy does he back it up. Young is a master at getting under opponents’ skin but what he’s even more adept at is pestering QBs, a trait he demonstrated with 7.5 sacks, the second-highest total among rookies (Young’s teammate Montez Sweat, got to the quarterback nine times this season). One of Washington’s two Pro Bowl representatives (the other being right guard Brandon Scherff), Young forced four fumbles, third-most behind Marlon Humphrey and Haason Reddick, while also tying for the league lead with three recoveries, returning one for a 47-yard touchdown at San Francisco. Panthers safety Jeremy Chinn, who remarkably scored twice in a 10-second span in Week 12, flashed potential, as did Ravens linebacker Patrick Queen (team-high 106 tackles) and September’s Defensive Rookie of the Month, Antoine Winfield Jr. But let’s be honest—all of them were playing for second place. Doug Pederson handed WFT the division on a silver platter, but before the Eagles happily threw themselves in front of oncoming traffic in Week 17 (much to the dismay of devastated Giants fans), it was Young who ignited Washington’s resurgence. 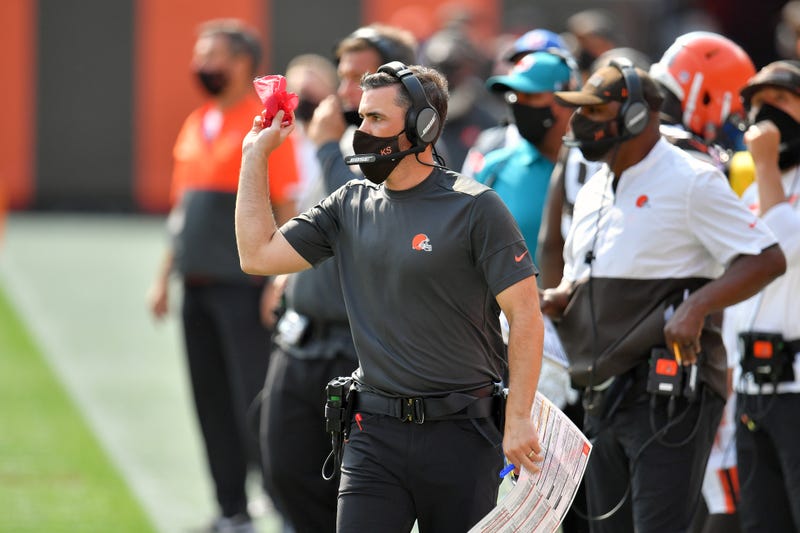 Changing the trajectory of a franchise as broken and defeated as the Cleveland Browns, a laughingstock for most of their existence, is not for the faint of heart. Rookie coach Kevin Stefanski sought to do exactly that in year one of his Cleveland tenure and mostly succeeded, restoring the Browns’ tarnished image in record time. Cleveland’s 11-5 record, accomplished largely without the help of star receiver Odell Beckham (lost to a torn ACL in Week 7), is a testament to the “next man up” culture built by Stefanski, an Ivy Leaguer who sharpened his coaching instincts under the tutelage of longtime Vikings commander in chief Mike Zimmer. It doesn’t feel right that Stefanski, recently diagnosed with COVID, will be watching from home when Cleveland makes its first playoff appearance in 18 years this Sunday. Sean McDermott deserves similar praise for his outstanding work in Buffalo, guiding the long-suffering Bills to their first division crown in 25 years. Ron Rivera, who returned Washington to relevance while juggling, among other distractions, cancer treatments, countless PR catastrophes (which comes with the territory when your team is owned by Dan Snyder) and the weekly headache know as Dwayne Haskins, also deserves our acknowledgment for maintaining his poise amid constant chaos.