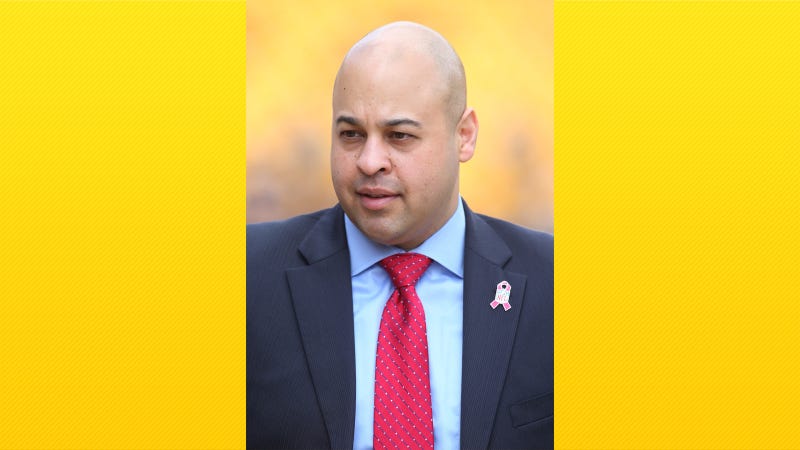 PITTSBURGH (93.7 The Fan) – First reported by 93.7 The Fan NFL Insider Aditi Kinkhabwala and confirmed by the Post-Gazette and others, the Steelers will name Omar Khan the team’s new general manager.

Khan has been the Steelers ‘capologist’ for decades in manipulating contracts to keep the team competitive.

The New Orleans native started in football operations with the Saints in 1997.  That led to a football administration coordinator position with the Steelers in 2001.  Holding that title for 10 years, Khan was promoted to Director of Football Administration before being named the Vice President of Football & Business Administration in 2016.

Kinkhabwala first to report that Andy Wiedl will be the Steelers Assistant GM and we can confirm both as true.

Omar Khan:
- Steelers vice president of football and business administration, a role he has served in since 2016.
- Has been with the Steelers since 2001.
- Has primarily been responsible for handling cap situation and contracts.
- Worked for Saints for four years before joining Steelers and is New Orleans native.