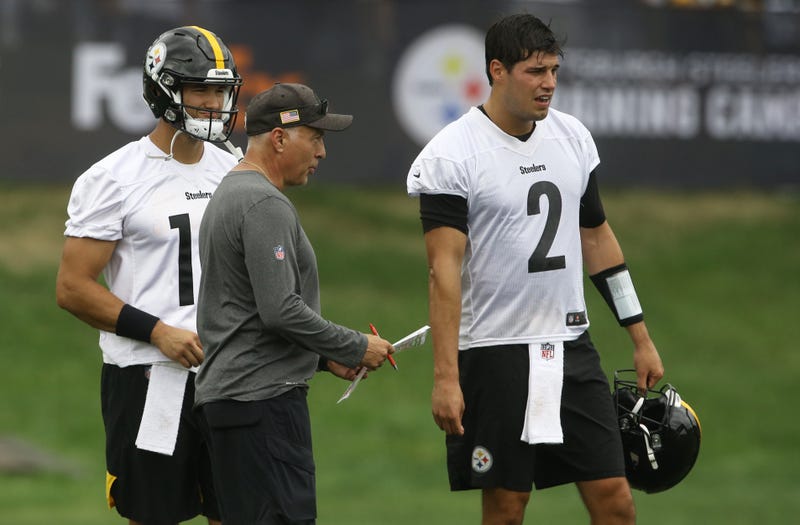 Mason Rudolph sat down with Jim Colony to talk about the upcoming season quarterback competition and the relationship between the new QBs, Mitch Trubisky and Kenny Pickett.

As most know by now, Mason and Ben Roethlisberger didn’t have a “best buds” kind of relationship while they were together for the last four years.

In previous statements Rudolph had been asked about helping rookie quarterback Pickett since he is in a more veteran role now as opposed to “being like someone else” said Rudolph.

When Rudolph was drafted Big Ben had notably come out with dissatisfaction over the decision to make Rudolph a long-term project for once Ben was gone.

When asked about the new dynamic, Rudolph says “It’s great, competition sharpens all of us, helping each other down the road. I think we’ve all helped raise each other’s level of play. Good lines of communication, answering questions, talking, trying to make ourselves better.”

And compared to what he experienced in his first few years Mason said “It’s different”.

Mason says he tries to have a positive outlook on his years with Ben, saying despite the relationship between them he was able to watch a pro like him was invaluable for learning to be a NFL quarterback.