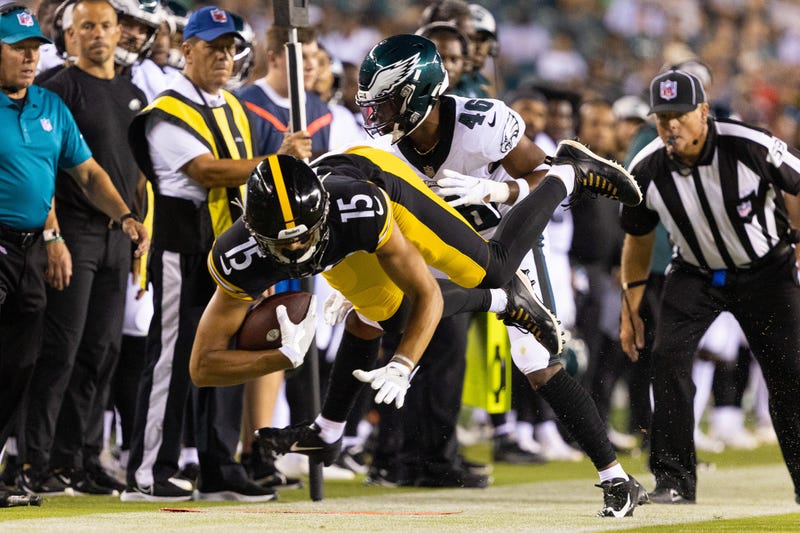 Steelers promoted a pair from the practice squad, outside linebacker Derrek Tuszka and receiver Cody White.

Steelers signed Tuszka on September 1st.  The 6’4”, 250 pounder played in nine games for Denver last year including finishing with a tackle against the Steelers.  On the season, Tuszka had six tackles including a tackle for loss.

Tuszka was a first-team All-American at North Dakota State and the Missouri Valley Conference Defensive Player of the Year after 13.5 sacks his senior year.

White, a 6’3”, 215-pound receiver from Michigan State, is in his second year with the Steelers.  White hasn’t played a NFL down, but is a valuable member of their practice squad.  White often plays the role of the opponents best receiver in practice whether it’s Darren Waller or Tyler Boyd.