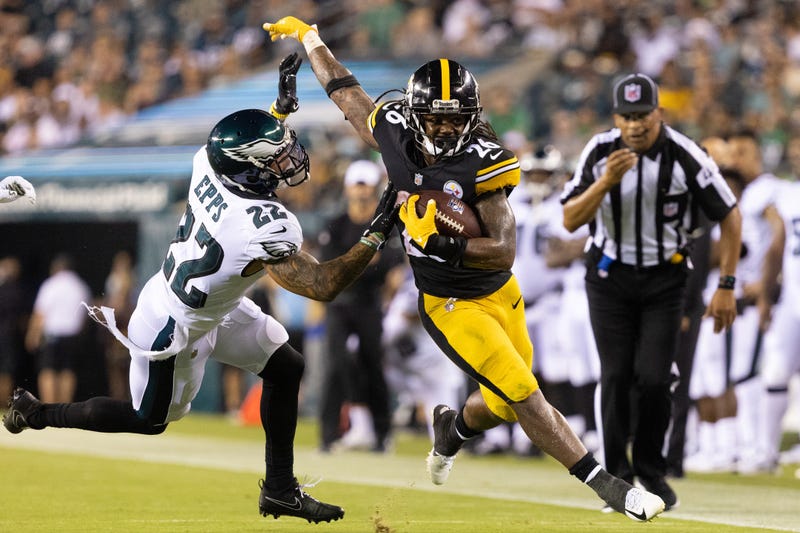 PITTSBURGH (93.7 The Fan) – It doesn’t sound like Steelers running back Anthony McFarland Jr. will be ready for the Sunday night game.

McFarland saying Friday he just came back last week; after what he confirmed was a torn MCL.  He said it happened in practice, but it’s something that had been building over time going back to college.  Doctors just had to go in there and scope it all out.

The second-year tailback says everything feels good.  He’s cutting as normal, but needs to knock some rust off.

“Wherever they need me,” McFarland said.  “Obviously Najee is a good back.  He can do it all.  A lot of guys in the (running) back room can do it all.  Wherever I can contribute just to help the team win.”

McFarland said it’s amazing to watch how the offensive line has come together.  He believes they all stuck together during tough times and now it’s starting to pay off.  Finally, he can be a part of it.

“It was really tough because it happened right before the season started,” McFarland said of missing time due to injury.  “I really felt I tried to do a lot in the offseason to make sure I’m a better player than I was rookie year.  It kind of sucked that for that to happen before the season.”

The Steelers still have a dozen days before they have to activate McFarland off injured reserve or lose him for the season.