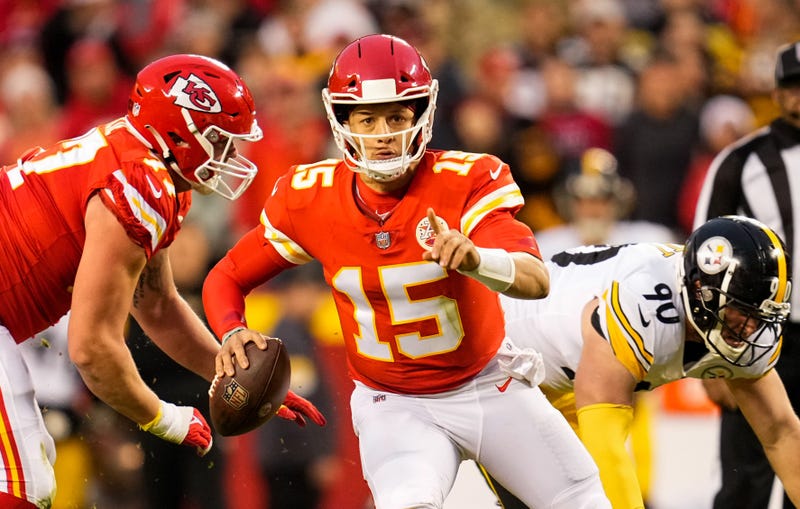 PITTSBURGH (93.7 The Fan) – “Hopefully hold our own against them this time, if we can.”

Keith Butler probably not making you all warm inside thinking about the matchup with Kansas City on Sunday.  Neither will looking back at the numbers, as the Chiefs amassed 255 yards of offense in the first half and led 30-0 in the third quarter on December 26.

“Real question is what went right in that game, when it rained it poured,” said defensive captain Cam Heyward.  “Defense, we didn’t get off. Penalties. They were able to run the ball.  We didn’t get enough pressure on the quarterback.”

“Offense, I know they didn’t feel like they played well.  They didn’t put up points.  Started the game missing a field goal, all of that combined it’s not setting yourself up to win any type of game.”

“The thing that showed up to me more than anything else, we have to do a whole lot better job of coaching,” said Steelers defensive coordinator Keith Butler.

It starts with the quarterback, Patrick Mahomes was second in the AFC this year with 4.839 passing yards, completing 66% for 37 touchdowns to 13 interceptions.  In his career, Mahomes completes it more against the Steelers than any team in the NFL.  A 79% completion percentage throwing for nine touchdowns and no interception in a pair of games.

“Mahomes is one of the best at staying behind the line of scrimmage but still keeping his eyes downfield,” said linebacker Robert Spillane.  “Anytime he is still behind the line of scrimmage he’s looking for a receiver to get open.  We got to contain rush and on the back end we have to plaster our people once he breaks contain and make sure he doesn’t have any easy receivers to throw to.”

“The bottom line is you can't do either too much,” said head coach Mike Tomlin. “You better be prepared to do all of the above. When you play good people, you can't beat them in a one-dimensional way, you can’t. And so, it's going to take the full complement of what it is that we do. And it's going to have to be done at a high level from an execution standpoint.”

Heyward said in the couple of games against him they have made too many mental errors, were out of gaps and just plain missed tackles.  He knows the pressure will be on the front to get in his face without having to bring extra defenders.

“If you are blitzing, you are leaving your back end wide open,” Heyward said.  “I don’t want to leave them on an island too often.  We have the rushers to do it, but we got to play a whole lot better than we did last time.”

Corner Joe Haden said rush and coverage work together.  Noting they can’t be left out to dry for a long time, that the guys up front must win their one-on-one battles.

“They do a lot of the same things, like Ben (Roethlisberger) back in the day,” Haden said.  “It’s not a lot of the initial first route, it’s more of the scramble.  More of him creating time and letting those receivers create space.  We just have to be able to plaster and get after Pat and not allow him to have too much time in the pocket.”

“Our execution has to be a lot better,” Heyward said.  “We understand we are playing a really good offense, a really good team.  A MVP-type of quarterback, skill players galore, a big offensive line, an opportunistic defense.  They have a good formula up there.”