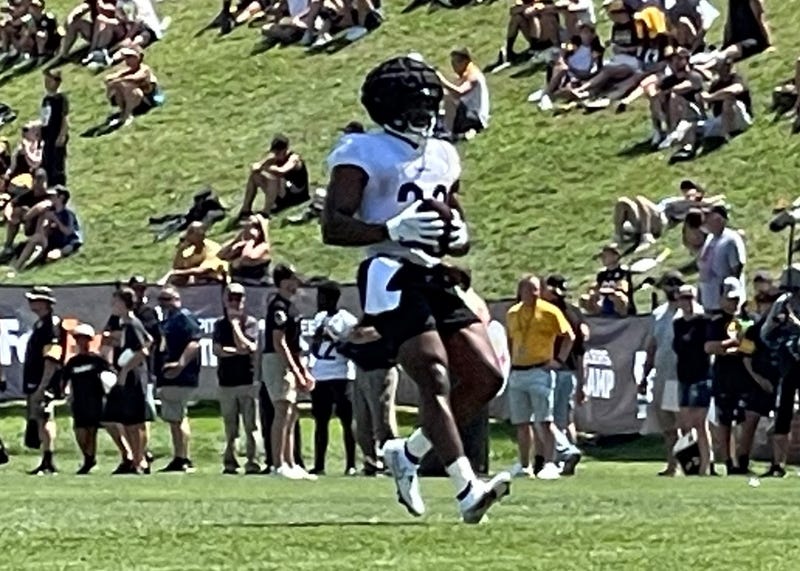 LATROBE, PA (93.7 The Fan) – There are Steelers fans everywhere, but it’s actually rare when the Steelers add a true fan as a player. That is the case with the newest running back Master Teague.

You wouldn’t think it geographically.  It’s one thing for locals Christian Kuntz and Kevin Rader to be fans, but a running back from Ohio State who grew up in Tennessee.  Not only does Teague own a Terrible Towel, he’s spent many Sundays screaming for the Steelers with his family in their bonus room.

“My parents were Steelers fans and I grew up with that,” Teague said.  “Watching the old heads-Troy Polamalu, Hines Ward, Rashad Mendenhall, James Harrison.  It’s cool to be here, man.  To be around and soaking it all in but understanding there is work to be done.”

And Teague is behind, while getting opportunities with a couple of other teams as an undrafted free agent, Teague just came to St. Vincent College on Wednesday.  Only getting an invite after Jeremy McNichols went down with a shoulder injury.

“Being attentive, asking great questions, being eager to learn,” Teague said of how he gets up to speed quickly.  “Being out there taking mental reps and when I do get in there, just being confident.  Having that confidence about me and my body.  It’s exciting, I’m confident in myself and looking forward to what is to come.”

Teague is no stranger to competition.  His freshman year with the Buckeyes, he played only four games as JK Dobbins ran for 1054 yards and Mike Weber 954.  He had his best season in 2019 with 789 yards, but Dobbins had 2003 yards and 21 touchdowns.  He was slowed in 2020 with an Achilles injury leading Trey Sermon to rush for 870 yards and then last year freshman TreVeyon Henderson rushed for 1248 yards and 15 TD and Teague limited again with injury to 355 yards in seven games. 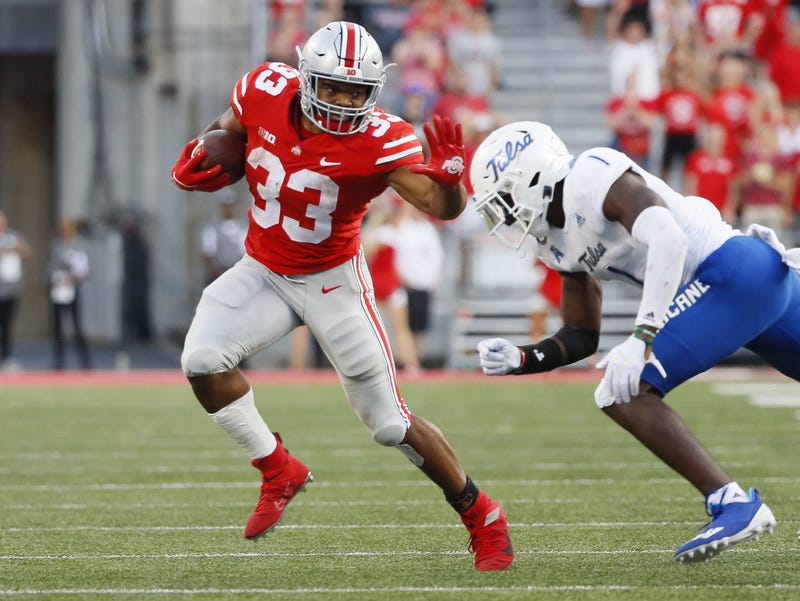 When he is healthy, what could Steelers fans expect from a man who ran a 4.41, 40 at his Pro Day and graduated from college in three years?

“Thumper, a north and south runner that can gain those hard yards,” Teague said.  “Those YAC yards, I think that’s a plus of mine.  I want to make an impact pass blocking and most importantly special teams.  I’m feeling good, go out here and lay it on the line.”

That’s where he can really win a job.  Get to know special teams coach Danny Smith and show promise on the kick teams.

“That’s a big decider,” Teague referenced.  “Coach Tomlin talked to me on the first day, he called me over.  That was the first thing he had to talk about was to make sure you make an impact on special teams.  It’s very important and it will help you gain a spot and play at the running back position.”

It’s the dream spot.  His mom got emotional when he got the call from the Steelers.  They already have the black and gold gear.  Now it’s up to Teague to earn a job.