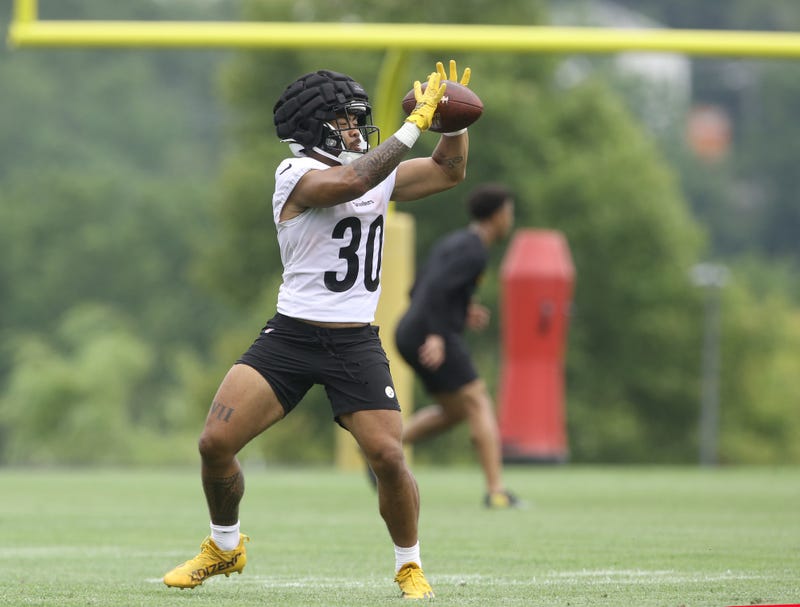 PITTSBURGH (93.7 The Fan) – Usually the last practice of the week, but with Monday night games they still have another day to get players healthy. Only three didn’t go full on Friday.

Starting corner Ahkello Witherspoon unable to practice again due to his hamstring injury. Tight end Connor Heyward didn’t go because he is sick. Back-up tailback Jaylen Warren unable to go because of his hamstring injury suffered early against the Bengals. Benny Snell would likely be the second-string tailback because to add Anthony McFarland or Master Teague, you would have to make a roster move to add either from the practice squad.

Receiver Miles Boykin (oblique) and center Mason Cole (foot) each went from did not practice Thursday to limited Firday.

“It’s doing good,” Cole said. “I’ve been dealing with it. Just another thing to deal with. I will be alright.”

Cole confirmed he’s dealing with pain to the same foot, right, but it’s a different injury this time.

Two others were new to the injured list as right guard James Daniels has a groin injury and linebacker Robert Spillane is dealing with a back issue.

TJ Watt, Cam Heyward and Larry Ogunjobi were back full after getting a day off by the coaching staff on Thursday.

The rookie was coming off a career-high of playing 41% of the defensive snaps with a pair of passes defended and the week before another 27 snaps on defense (4 tackles including one for loss). De’Marvin Leal said it actually was a blessing to deal with an injury.