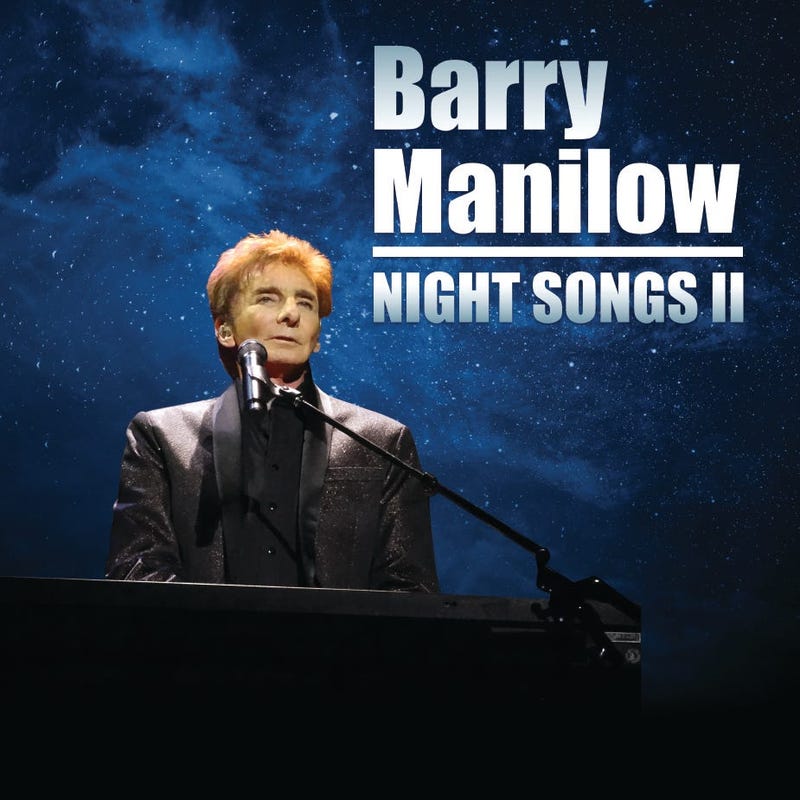 Everybody knows who Barry Manilow is. He's been a virtual hit machine since the 1970s. "I Write the Songs." "Copacabana." "Could It Be Magic." "Weekend in New England." "You Deserve a Break Today at McDonald's." (Yes, it's a well-known fact that Barry wrote and sang jingles for commercials in the early part of his career.)

Like a lot of veteran singers, his last couple of releases have focused on standards -- the great American songwriters like George Gershwin, Rodgers & Hart . . . . those guys. Barry released a standards collection, Night Songs, back in 2014, and he says this new album is a followup, which is why it's called Night Songs II. He told me, "It's very intimate. It's just me playing the piano and singing some of the greatest songs ever written, by some of the greatest composers ever to put pen to paper."

The album drops on Valentine's Day, of course. The first single is "My Funny Valentine." Barry's 50-date residency at the Westgate International Theatre in Las Vegas resumes on February 13. Lots going on for a 76-year-old guy, but he doesn't seem to be slowing down.

Here's my chat with him, including his take on today's hit songs, the lost art of the commercial jingle, and the part where I tell him how much my 8-year-old son and his crew at summer camp loved Barry's classic "Copacabana."

Supported by StickerYou, where you can create and order your own custom stickers, labels, decals, temporary tattoos, magnets, iron-ons, patches, badges and more!