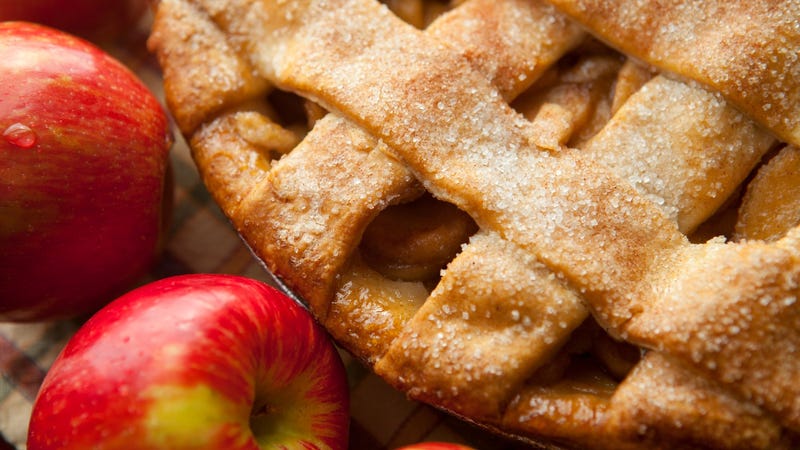 It's the annual sign that autumn is in the air: Starbucks puts Pumpkin Spice Latte back on the menu.

But this year, the 'Buck gave us a sign that there's a new fall flavor gaining on PSL, when they rolled out the Apple Crisp Macchiato. Their website says the drink offers "layered flavors of apple and brown sugar [that] meld like the filling of a gooey apple pie in harmony with espresso, steamed milk and a caramelized-spiced apple drizzle—a nostalgic autumn pick-me-up." Okay then.

And food giant General Mills has given a new twist to their Cinnamon Toast Crunch cereal, just in time for fall and winter -- they've rolled out a limited-edition Apple Pie Toast Crunch.

According to the shopping blog Best Products, the fall and winter flavor is only available in 15 states, but guess what? WE'RE one of the states, because the cereal has been spotted on the shelves of Albertson's stores.

The blog expresses some concern because the Apple-flavored breakfast treat might be replacing another fall/winter favorite, Sugar Cookie Toast Crunch, which has apparently been a Christmas-season favorite on and off for the last few years. (I guess sugar cookies are so 2019 now.)

Oh, and one more apple-infused autumn treat: Some food and beverage influencers are convinced that Mountain Dew will roll out Mountain Dew Thrashed Apple, which they describe as "DEW Charged with Crisp Apple. Natural & Artificial Apple Flavor." Not sure if that's what you've been missing all these years, but the good news for us is that the rumors say the apple-y concoction will be on the shelves of Kroger-owned grocery stores sometime in September, which around here means QFC and Fred Meyer.