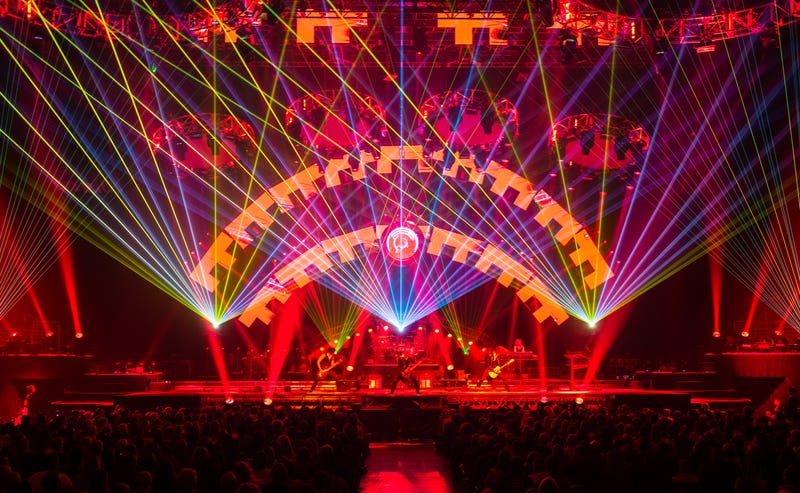 It's an annual holiday tradition in the Northwest: The Trans-Siberian Orchestra performing live during the Christmas season. For years, they brought their epic show to the old Key Arena. When that venue shut down for remodeling, they moved temporarily to the Tacoma Dome. In 2020, a live tour was completely off the table, and they did a hugely successful livestream event.

Well this year, they're coming back, in person, to the 2021 version of the arena they called home for many years, Climate Pledge Arena.

I talked to Al Pitrelli, guitarist/music director/founding member of the band, who reminded me, "Nothing says Christmas like a lot of pyro and lasers." As I tell people who are TSO newbies, this is not a string quartet gathered around a nativity scene. This is a big, giant, special-effects-heavy production with lights and smoke and screens and, yes -- pyrotechnics, that still manages to capture the spirit of the holidays.

It's a safe bet that by November 27 you're going to be in a holiday mood, so if you want to get your Christmas on, with a rock edge, this is for you. Seattle has always been a big stop for the Trans-Siberian Orchestra, and I'm guessing this year's shows will be even bigger events than usual, since they missed a year and this is their first time on the new stage at Climate Pledge.