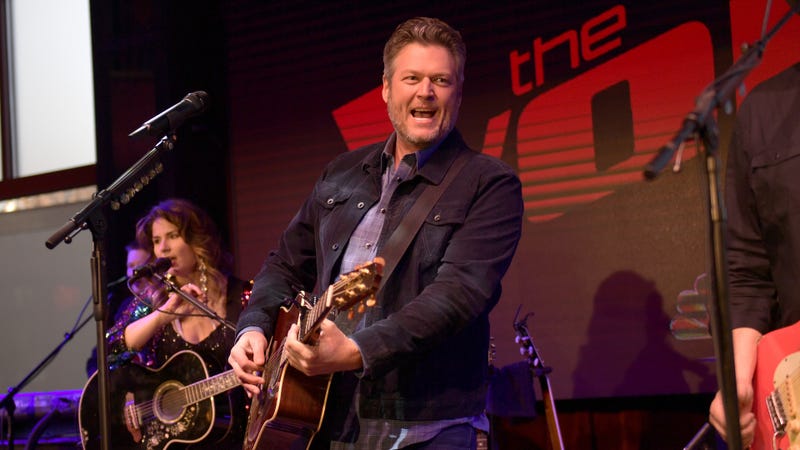 As Blake Shelton readies to retire from The Voice after coaching 23 seasons, the Country singer is feeling nostalgic and has high hopes to take a staple piece of the set home with him.

"I feel like they owe me a damn chair," Shelton told PEOPLE during a recent interview. "I mean, who else can sit in my chair? It's like the three bears — I don't want anybody else sitting in my chair. I'm gonna try to get that away from them. Maybe I'll have to buy it or something."

While he’s already prepared himself for pushback from authorities on set, Shelton may have one more authority figure he has to get by, and that’s wife, Gwen Stefani.

After being asked how Stefani might react to a candy apple, red swivel chair in their Oklahoma home, Shelton jokingly responded, “Well, that [her reaction] doesn't matter." He continued, “It built the home, so it deserves a spot," he laughed.

Shelton is set to depart The Voice after 12 years of coaching. He is the final remaining original judge from the singing competition’s first season. Joining him for his farewell season are new coaches, Niall Horan, coaches and Chance the Rapper, as well as returning coach, Kelly Clarkson.

“This show has changed my life in every way for the better and it will always feel like home to me,” he expressed in a post announcing his departure. “It’s been a hell of a ride over these 12 years of chair turns. I’ve made lifelong bonds with [host] Carson [Daly] and every single one of my fellow coaches over the years, including my wife Gwen Stefani!”